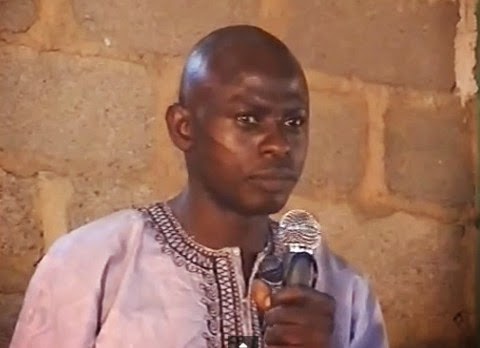 James Agboola from Nigeria
A former Muslim, named James Agboola, had a revelation of hell, in which the Lord spoke to him about many things and gave him warnings for the church. One of the things the Lord warned about was adorning our bodies with artificial things. Here is his testimony about that from the video.

He said, “That is why many of them are in hell. And I hear them crying that now, they believe. They want to change. But it’s too late. It is too late.” He said, “James, when I created man, I created man in my own image. And my glory was upon him.” He said, “But my enemy, the devil, now added a lot of packaging, packaging of the glory I gave man, packaging of earring, necklace, attachments, all of them. God says, “My eye cannot behold it once anything artificial…”

One year after writing this article, I wrote an article called James Agboola Revelation of Heaven and Hell, in which I reported that the Lord showed this brother the kingdom of darkness.  In the following excerpt from his testimony, you will see that the devil also possesses people to produce worldly gospel music that takes people away from God. He stated:

…after a while, the Lord said, “I want to show you what’s going on in the kingdom of darkness. Prepare yourself.” I don’t know. So after some time in the night, I just slept. And it’s like a wild wind, very strong, just came in and picked me (up). As He picked me, He took me up and took me to air flying on the air. He took me to a far land, on a far journey across the desert, across big oceans. And at the point that He brought me down, in the deep forest, I saw in a very big gate: “Welcome to the conference of the demons.” I don’t know how I managed. The wind just took me in there. Veep! And kept me in a corner. I sat down. As I sat down, I began to see demons coming in from the four corners of the earth. They were flying in and they were in different shapes in different sizes. They were flying in from every angle. As they fly in, they take their seats. As they’re flying in, they take their seat. As they’re flying in, they take their seat.

The place was completely in darkness. But in the midst of darkness, God gave me eyes and I could see everything that is going on in there. But none of them noticed my presence there. I saw seats of pastors, pastors that are getting powers from the kingdom of darkness. They’re all flying, each different. As they’re coming, they’re taking their position, many of them with their collar around their neck, with their big hat that they used to wear, with their series of mode of dressing, they all took their seat. The place was in total silence. After a while, the devil himself now came down (James motions with his hand to indicate the devil descended into the room). As he comes down, I’ve never seen somebody so furious who is so angry, who is so annoyed, like the devil. He came with serious anger. There was a big seat prepared for him, but he couldn’t sit. He was just going up and down (James paces quickly back and forth with his head down). “What are you people doing?!” He was addressing the congregations of the devils and the pastors. “What are you people doing?! What are you doing?! Are you doing anything? I don’t see the products of what you are doing!”

After that one speaks, another one would get up. “Master, we have possessed the gospel musicians of the earth. Their musics no longer having meaning in the spiritual realms. We have possessed their gospel music so that it becomes worldly music. They will think they are singing gospel music, but it is worldly. We are giving them some tunes, some pieces, some dancing steps which is not of God, which is of the demons to convince them. They will be sang inside the congregations, and they will dance to them.” (Read the full testimony at James Agboola Revelation of Heaven and Hell).

The Origin of Worldly Music
As I wrote in my article, The Origin of Sin, Satan, and Secular Music, in God’s original design, music was solely for true worship of Him alone, and that was the only kind of music that existed. But now that satan has fallen, he has invented other unauthorized kinds of music that do not bring glory to the Lord God Almighty and that are not true, spiritual worship. These include pagan worship, the worship of false gods (demons), satan worship, and what we have come to know as “secular music” in all its various forms. All of these are forms of stolen worship, which is one way that satan gets his strength. All music that does not glorify God is from satan and is sinful.

Scriptural Meditations
“’Therefore, come out from their midst and be separate,’ says the Lord.  ‘And do not touch what is unclean; And I will welcome you. And I will be a father to you, And you shall be sons and daughters to Me,’ Says the Lord Almighty.  Therefore, having these promises, beloved, let us cleanse ourselves from all defilement of flesh and spirit, perfecting holiness in the fear of God.” (2Co 6:17-18 – 7:1)

READ ALSO  990 Years In The Kingdom Of Darkness By Evangelist Olufumilayo Series One.
Powered by Inline Related Posts

“Follow peace with all men, and holiness, without which no man shall see the Lord.” (Heb 12:14)

“…make a distinction between the holy and the profane, and between the unclean and the clean.” (Lev 10:10b)

“As obedient children, do not be conformed to the former lusts which were yours in your ignorance, but like the Holy One who called you, be holy yourselves also in all your behavior; because it is written, ‘You shall be holy, for I am holy.'”  (1Pe 1:14-16)

“For the wisdom of this world is foolishness before God. For it is written, ‘He is the One who catches the wise in their craftiness.’”

This next passage from the apostle Paul’s letter to the Corinthians describes how I feel about writing this article. In it, Paul refers to his first epistle to the Corinthians, in which he had to confront them about sin in the church.  He wrote:

My Personal Testimony
Before I came to know Christ, I was a big fan of rock music. I used to attend rock concerts, and I had a large collection of rock music and jazz. It was a big part of my life. But once I repented and gave my life to Jesus, afterward as a new Christian, I saw a presentation in Church about the dangers of rock music. It was either Hell’s Bells: The Dangers of Rock ‘N’ Roll by Reel to Real Ministries, or else it was another very similar presentation by another ministry.  After seeing that, I was convicted by the Holy Spirit that rock music was in fact evil. I gathered all my rock music, and other worldly music into a large garbage bag and threw it into the trash. I cannot begin to calculate what the monetary value of that music was, but it was worth a lot of money at that time.

However, I replaced my secular rock music with Christian rock music. And I didn’t see any problem with it, until I heard a preacher deliver a message that showed how even Christian rock music is from the devil. I realized it was true, so I threw all that music into the trash, too. But later on I began to relax my attitude toward Christian rock music, and allowed it back into my life to a certain degree. I let down my guard and went back to sleep. In fact, over the years as a Christian, although I have mostly enjoyed listening to Christian music, there were times when I even listened to secular rock songs and other types of worldly music on occasion without realizing I was dabbling with fire. Having heard these testimonies, I am once again convinced that the saints should not be listening to rock music at all. All those worldly songs, even the love songs, they are not of God. They are of the devil.

The problem is that nobody is preaching against it, at least not in the Christian circles I was part of for most of my walk with Christ. People are going down to hell because of this music, and we are not warning them! We’ve allowed the devil to deceive us. We need to wake up, repent, and warn others about this trap, so that they can get free from it.

Putting it All Together
I realize this is a radical message that will shake some people up, but I want to ask you to take it before the Lord in prayer, and search the Word to see if these things are really so.  Ask the Lord to confirm to you if these things are true, and to show you if you are singing or listening to any music that displeases Him.  I do not claim to be perfect yet, but it’s my goal in Christ.

Now I would like to quote two of these five people in conclusion of this article.

As sister Angelica stated: “I think that if you are listening to this type of music you need to stop. This is between you and God though. I fulfill God’s will in telling you. I am no longer responsible because I told you what God told me. If you want to accept it, accept it. If you want to reject it, reject it. I fulfill my responsibility. This is something He required of me. If I don’t obey Him, hell awaits. I don’t want to go to that place. I don’t want to end up in a place of torment. I have been there three times. I know that hell is more real than life on earth.” 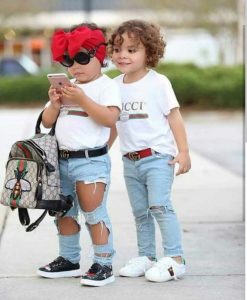