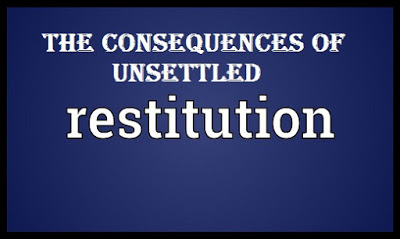 The Consequences Of Unsettled Restitution In Life Of Christians

Restitution is a mark of true repentance. This is a payment or restoration of what is damaged. Whatever cannot gives a clear conscience before men and God should be restituted without delay. Luke 19;8-9 “And Zacchæus stood, and said unto the Lord; Behold, Lord, the half of my goods I give to the poor; and if I have taken any thing from any man by false accusation, I restore him fourfold.And Jesus said unto him, This day is salvation come to this house, forsomuch as he also is a son of Abraham”

God commanded restitution and it was practiced both in the old and new testament; Ezekiel 33;14-15 “Again, when I say unto the wicked, Thou shalt surely die; if he turn from his sin, and do that which is lawful and right; If the wicked restore the pledge, give again that he had robbed, walk in the statutes of life, without committing iniquity; he shall surely live, he shall not die”

However, refusing to do restitution is as a result of fear; fear of people and profit, you know or see so that you will not lose their favor, and you may also be afraid of losing life’s profits – your position, possession, properties, popularity, prestige or papers. Yielding to such fear will hold you in perpetual snares of Satan after salvation. Here are some of the snares: Proverbs 29:25, “The fear of man brings a snare, but whoever trusts in the LORD shall be safe”

The Snares Of Persistent Sin

When restitution is not done immediately you are saved, you will keep telling lies to cover the past sins. For example, a wife who runs a secret bank account without the knowledge of the husband, and now she is saved, she needs to open up to her husband and reveals; but if she doesn’t, she will need to keep telling lies to cover up. If you are using a false certificate or travel documents, after you are saved, you need to open up.

If not, you need more lies to keep those papers. And that is how it is applicable in every area of life if you don’t open up, you will need to keep telling lies, you will need to commit new and another sin for you to cover the past and old sins; so where is your freedom in Jesus?

The Snares Of Profits Of Sin

The benefits of sin are bondage in disguise, and you might have gotten one or two before you were saved, and so after you are saved, the only means you can be free from those snares of the benefits of past sins is by restitution. You return or reveal those benefits. 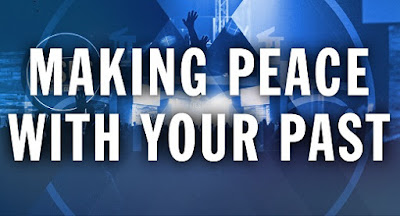 The Snares Of Poisoned Minds

After you are saved, you reconcile with people; you forgive from your heart those who offended you, and as much as possible you notify them. Likewise you strive as much as possible to apologize to those you wronged in the past. By so doing, you release yourself from the snares of offense and unforgiveness.

The Snares Of Unsettled Mind.

Undone restitution brings uncertain and unsettled mind. As a child of God, if you are delaying restitution, you will persistently have uncertainty about your eternity and unsettled mind even AFTER you have confessed all to God. That shows restitution is important to God, even after confessing to God, your mind will still be unrest until you confess to some people. You don’t need to deceive yourself and harden your heart in the present of persistent unsettled mind.

After salvation, if necessary restitution is not done, Satan will be using that means to have access into your life and to accuse you before God. That will bring attacks from the enemies, spiritual stagnation and unanswered prayers. 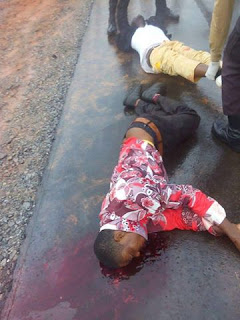 And it can also bring premature death. That is one of the reasons you see many Christians being tormented by satanic attacks, old curses and enemies, because their undone restitution give access to enemies into their lives and marriages.

The Snares Of Missing Heaven.

If a child of God denies or delays restitution for any reason, and he or she dies in such situation, hell is their eternal abode, painful but period. Many children of God, ministers of God will miss rapture, not because they were not genuinely saved, not because they were not living righteous lives after salvation but because of undone, unsettled restitution as a result of fear of losing people or earthly profits. 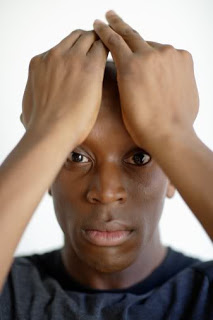 THE WRONG NOTIONS ABOUT RESTITUTION

So many Christians and pastors, especially the modern day pastors and lost ministers, do not have the biblical understanding of God’s command about restitution, they see it as unnecessary and they teach just that. They say when you are saved, God forgives your sins and that settles all without restitution.

What that mean is that you can keep using what you stole before you were saved, so you can keep covering the evil you did before you were saved, but the truth is that, Christians who believe will not want people to do so to them. You will not want your wife to keep or hide serious secret from you after she is saved, if she excuses, “I did not tell you because God has forgiven me” Will such excuse justify why your wife covered up premarital son until you found out yourself?

So it is applicable to people who hide under the self deception that, “I have confessed to God and that settles it” Such people will not want their husband who left them with children for strange women to continue staying with the strange women after the husbands are saved; they will want the husbands to do restitution by returning and apologizing.

If a dubious person ganged against you and used his influence to claim your developing housing property which you have spent all your hard earned money to build, after the dubious person is saved, wouldn’t you expect him to come back to you, at least to apologize? 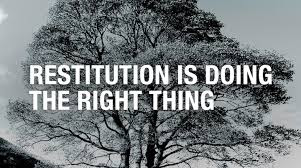 Restitution is infallible truth of Christianity that cannot be biblical or reasonably denied, it is soul immorality and self deception that make “so called” preachers to ignore or deny restitution after salvation. If you go to such people for counsel, they will counsel you wrongly and cancel your life. Such preachers can tell you to just forget about it since God has forgiven you, they may tell you to fast and forget about it, they may tell you to give special offerings, sow into their ministries and God will pardon you. But the truth is that there is no substitution for restitution expects to restitute.

God has used this online revival ministry to guide and counsel several people on restitution; many people have done unbelievable restitution in their marriages, schools, workplace, etc. So far in my experience, no single restitution has broken any marriage, but rather strengthens their marriage, because God makes everything work together for good.

You will not want to miss the peace of mind and presence of God you will experience after you do the right thing. If you attend any of these prosperity, modern churches, be sure they will not give you needed encouragement for holiness. Restitution is biblical command only for the saved children of God, it’s not an option.

READ ALSO  Do Not Glory Yet By Pastor Abraham Yakubu-CHAPTER 4: THE JOURNEY TO HEAVEN
Powered by Inline Related Posts

HOW TO DO RESTITUTION

Restitution is urgently important but then all restitution, either simple or serious, must be done accordantly in these manners:

Restitution is more important than your service to God, than your offerings, your prayers, fasting or your business and work. It determines your better life and eternity. In doing restitution, you may suffer loss, shame, even death but it worth more than that. Don’t allow Satan or anyone to scare you, God is right with you and he will definitely see you through to the end.

“And do not fear those who kill the body but cannot kill the soul. But rather fear Him who is able to destroy both soul and body in hell. Are not two sparrows sold for a copper coin? And not one of them falls to the ground apart from your Father’s will. But the very hairs of your head are all numbered. 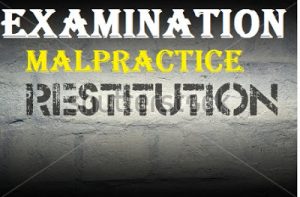