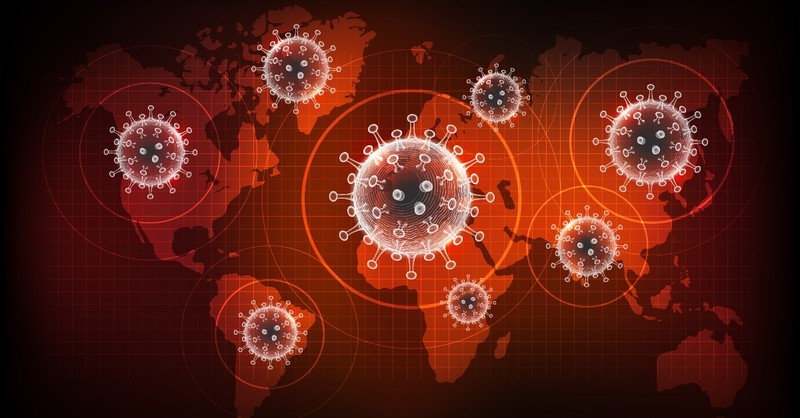 On the 5th day of July 2017, the word of The Lord came to me saying; “Blue Fever Plague.” I inquired of The Lord about what He meant. And The Lord said: “The Blue fever plague will affect people, mutate, and rapidly degrade the body and blood cells, and affect multiple body organs simultaneously. It will be acquired and will spread and destroy many lives as judgment for evil and abomination of unrepentant and adamant people in America and other nations of the world. For behold they have adopted the abomination of Sodom and Gomorrah, the idolatry of Egypt and Babylon, and other ancient heathen nations; even more than the abomination of Sodom and Gomorrah. Behold the destroyer cometh as in Sodom and as in Gomorrah! The Blue Fever Plague will be a judgment for rebellion against Me, The Most High God, and for turning deaf ears to My Word and to My innumerable calls to America and other nations to repentance through My prophet and My faithful ministers,” saith The Lord of Hosts.

All True Christians Must Wake Up

Punishment for the Conspirators Against God Almighty On the 23rd day of July 2017, The Lord showed me many people and groups working against the work of His hand. And I saw a great conspiracy against many leaders of the land whom The Lord God Almighty has chosen to lead America. And I saw the anger of The Lord kindled against the perpetrators of mischief and treachery against those whom The Lord God has chosen by His own doing to lead this nation, America. And I saw the judgment of The Lord God descend upon these perpetrators of treachery and mischief. And The Lord said, “Treachery and mischief will backfire against those who work them and all that is complicit in it; it is the cinder path. A seemingly quiescent path that is taken for granted and ignored which will suddenly ignite into a larger flame than the former and consume many. When you work against Me, The Almighty Most High God, you incur a bitter judgment upon yourself by your own doing. But because I Am a just God, I warn you repeatedly by the mouth of My prophet and My numerous ministers who preach My true Word. Beware of My judgment,” saith The Lord of Hosts.

Judgment of Perpetrators and Enablers of Evil On the 18th day of August 2017, the word of The Lord came to me saying, “I will make a clean sweep of the perpetrators of evil in this land and those who enable them. I will sweep through America and other nations in judgment of those that have sold themselves to hinder the work of My hand by obstructing those that I have appointed to rule; those that I have chosen because they still have some conscience in their hearts and do not promote nor perpetuate the abomination of America and other nations. And moreover, because of My faithful servants who are heartbroken by reason of the abounding evil and the abomination that has filled this land to the brim. I will make a clean sweep of the perpetrators of evil and abomination in America and other nations by plague, pestilence, disease, mishap, disaster, peril, and danger. So much so that the rest of the world will be astonished; for My judgment shall pursue and overtake the rebellious, except they truly repent and turn from evil and abomination, and from polluting the land and My sanctuary,” saith The Most High God.

Judgment For Rebellion Cannot Be Recalled

“My judgment cannot be recalled and My hand cannot slack in rendering reward according to the works of every man and every woman, young and old, which they have done by their own choice. I Am a merciful God; I Am also a just God. If you are My faithful servant, see to it that you are always on the side of righteousness. I know My obedient servants and I watch over them day and night. There will be no escape for the unrighteous that have chosen to adamantly remain in sin except he or she remorsefully repent and turn from their rebellious ways. He that has an ear to hear, let him hear. I Am The Lord God Almighty Jehovah. Your life and your breath are in My hand. You sleep and wake up because I allow you. You go out every day; you travel and return safely because I allow you. Turn from your unrighteous ways, and from evil, idolatry, and abomination lest your time run out; which will surely be so if you adamantly continue in the path of rebellion. I Am The Lord God Most High,” saith The Lord.

On the 2nd day of September 2017, the Sabbath day; the word of The Lord came to me saying,“Because Donald Trump honored My name when he declared a national day of prayer, I will bless him even more. I will forgive his sins and the sins of the fruit of his body; all that honor My name in his household. All those who obstruct him and work against him will I plague with a plague of judgment because they work against the work of My hand. If you are My faithful servant, beware that you do not ought to work against this man, Donald Trump whom I have chosen to rule this nation, lest you fall for his sake. My eyes are steadfast upon him; I behold his ways, and I see what is in his heart. And in the 18th chapter of psalms shall My blessings, My deliverance, and My promises for him be summarized and upheld; if he continues to walk in the ways that are pleasing in My sight. I will make his enemies to become his friends and those that continue to adamantly work against him will I plague with a plague of judgment,” saith The Lord of Hosts.

A Message for Israel and Her People

On the 4th day of September 2017, The Lord God said to me, “Prophecy against the house of David and the abomination in the land, and those that perpetrate them. In Israel: As for the house of David, there are still those who are of the root of David and some that are scattered abroad in other nations. Many of them have sold themselves to commit the abomination of the heathens and are polluting the land. Remove yourselves from the evil and abomination which you have learned from the strangers and the heathens in the land you dwell, and from places, you have sojourned Oh! House of David and the tribes of Israel in Jacob. Lest I plague you with a plague mete for your abomination and your rebellion for you provoke Me to anger like your fathers did in the wilderness. You have subscribed to, and have adopted the idolatry and the abomination of strange lands, strange gods, and strange people. You have embraced the idol worship, the lust, and sexual practices of the heathens and their gods. You practice the evil lust of sexual practices of men with men, and women with women which is an eyesore, grievous, and an abomination before Me. You perform the evil deeds of the heathens for which I warned your ancient fathers when I brought them into the land of Canaan. I also made them aware of the consequences of disobedience to My Word and My commandments which were passed down from generation to generation. Those of ancient Israelites who did not heed My Word and My warnings, and provoked Me to anger suffered great consequences and destruction which they brought upon themselves by their works. My warnings and the consequences of disobedience and rebellion still holds true today and forever from generation to generation. Now that you have chosen to embrace the lust, the ways, and the abomination of the heathens, and serve their gods to provoke Me to anger, I will allow you to be persecuted and be tormented by your enemies, and you will live in increased fear and isolation. The nations you put your trust in and look

up to for help instead of Me, Jehovah The Omnipotent, The Great I Am, will place a burden upon you by way of unwelcome demands and will abandon you when you refuse to comply. It shall be so until you genuinely and remorsefully repent and turn from your evil and abomination, and from enabling them. Your enemies shall wax stronger and terrible as long as you remain adamant and unrepentant, and you will know that I AM, and that I Am still The Lord God Almighty Jehovah, The Ancient of Days who lives and reigns forever. And that I do not change nor conform to man’s ways and ideas, modernization of evil, lust, idolatry, and abomination; nor do I condone them. I Am not a respecter of persons, not even of the people that are called by My name when they depart from the paths of righteousness and from My precepts,” saith The Lord God Most High.

As you read and hear these revelations of The Lord God Almighty, do not harden your heart, but search yourself and repent, and turn from unrighteous works, and seek The Lord God Most High with all your heart and soul, and follow His ways and live His Word in holiness. If you so do, The Lord will have mercy on you, and all that truly repent and follow Him in righteousness in your household. You will have nothing to lose but everything to gain. 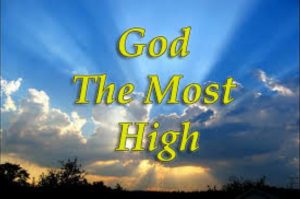