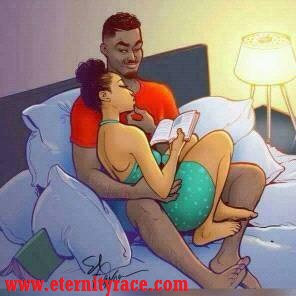 How To Manage And Have A Successful Marriage Life

A brother proposes to a sister for marriage; weeks later the sister decided to pay the brother a sudden night visit. The brother was spiritual sensitive and decides to vacate the room for the sister. He went and slept in one of his neighbor apartment.
However, after their elaborate wedding ceremony, during one of those Tom and Jerry night love games, the brother was dumb folded and perplexed in spirit. He said “The breast of my newly wedded wife was looks like that of my mother’s”
Unfortunately, he dissolved the marriage and decided to remain un-marry till the end of his life; even at the expense of the pastors pleads with relatives; yet he refuse to hearken. But instead; he said “I did rather die than to soul-tie myself with any woman”
The last time i checked; I confirm from a pastor that the brother has injected himself with sterilized pills which has destroy his sperm-cells. As a result of this severe heart broken; if he mistakenly beholds you chatting with any sister, honestly, he will tag you as an enemy. He hated women to the core, He once said; “The only thing that soul-ties me with my mother is just because she is my mother or else i will dispersed her”
Dictionary define manage as to bring about or succeed in accomplishing, sometimes despite difficulty or hardship. It also means; to be in charge of. To succeed in surviving or in attaining one’s aims, especially against heavy odds or cope.
MARRIAGE QUESTION.
MARRIAGE IS A MANAGE.
Dictionary defines marriage; as a union of a couple, husband/wife while the scripture define marriage as a free-will union been uphold and united together by Christ love until death. Marriage isn’t broken, is sweet, precious and undefined. Marriage is amass with happiness, joy, sadness, sickness, riches, honor, poverty, regret, sorrow, quarrel, pains, bitterness, favor, blessing and finally swallow-up by death.
Marriage can be successful built in peace and love, yet there is no successful marriage without conflicts because marriage is managed. The spicy climax peak about marriage which seems to electric-shock my jaw is “How can two strange individual with various different background, caliber, trait and character able to live together for decades of years; in endurance, forgiveness, tolerance and acceptance?
The scripture also pattern same question; can two walk together expect they agree? Amos 3:3. No; they can’t, unless they learnt how to tolerate, endure and continue to manage and overlooks each other faults. Many marriages are experiencing turbulence winds of chaos because it refuses to managed and accept each other faults.
Today; there is a mighty rush for marriage among the youths and singles. They are rushing into marriage voyage, praying and wishing to sink deeper into the deep blue sea of marriage romance without patiently seeking for God’s divine Grace. They carelessly refuse to plead for the grace that will empower them to overcome, endure, tolerate, and manage whatever ugly sides or unfortunate characters that might erupt from the lives of their spouse or might causeth them to regret.
READ ALSO  Marriage Doesn't Define Your Existence - Sister's
Powered by Inline Related Posts 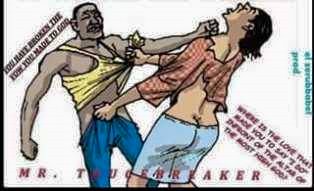 Years ago, while sharing my view about the pathetic character of women with my an elderly man; he look at me and said, My son, no woman is perfect, likewise also, no man is perfect. No woman can ever satisfy your attributed desire, some are fair, while some are worst but none of them is perfect”
He continues “women are like a gift, wrapped in a box. her outward appearances are wrapped gorgeously and very attractive while her secrecy and inward attitude is secretly hidden inside the box. My son, after marriage you will began to un-wrapped her and whatever, you behold is what you accept because she is a woman”
Honestly; the scaring thing that ever scared and blow-off the mind of serious godly christian is the thought of marriage. The thought of marriage can sent cold feverish and cause you heart to pump as someone who thinketh about hell. However; some christian might sense it so joyfully; at last thy are finally getting married. Hence, the marriage which you don’t prepare-for will certainly consumed you whenever you got entangled.
The negative or positive sound cry of your marriage shall determine the end-result of your heavenly-race. Peradventure, you eventually marry a road church pretender brother as a husband. My dear sister, if you are not spiritual enlighten in prayers, you might end-up in hell, because such man might withstand and demote your spiritual life.
Perhaps; you carelessly soul-tie yourself with stop and fight or contentious woman as a wife; honestly, be ready to become the next Apostle Pa Babalola of “CHRIST APOSTOLIC CHURCH”
He was a mighty man of God who married the head witches of Yoruba land in Nigeria, a demonic re-incarnated wife from the pit of hell. Though his wife frustrated his ministry both physically and spiritually yet, by Grace of God he prevails.
One of the days, he was expected to preach in an open air crusade but suddenly his wife locked him inside the room and ran off. The man just look up and cried “Oh Lord, see what my wife has done” The Lord ask him to lay his hands on the wall and immediately he found himself in the crusade ground.
He was the only man that traveled overseas for missionary works without airplane or ship. He usually floats on air while preaching, he can also pray for 3 months on knee without standing up. Are you ready to become the next Elijah? If not; Please pray for the grace to manage ans endure the faults and ugly sides of your present or future spouse. 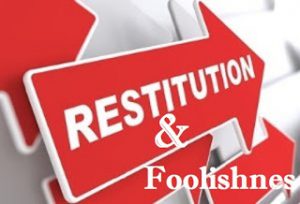