LOSING THE CROWN OVER VANITY

Blessed is the man who perseveres under trial because when he has stood the test, he will receive the crown of life that God has promised to those who love Him. (James 1:12)

Peace of the Lord, my beloved brothers in Christ Jesus. I am your brother in Christ, Feliciana Lima. I come to tell you an experience that the Lord gave me about a singer who passed away a few days ago. Her name is Fabiana Anastácio de Costa.

[Gospel singer Fabiana Anastácio died in São Paulo on Thursday morning (4th June 2020) victim of Covid-19, a disease caused by the new coronavirus. She was 45 years old. Born in Santo André, Fabiana is the daughter of a pastor and conductor and has been singing since she was 4 years old. She released her first solo album in 2012.]

I was in a place that was a greenfield that had great clarity. There was a middle ground that divided the clarity of light and the side that was darkness.

The Lord gave me to see what was in that middle ground between darkness and light. I saw that darkness was separated from light that illuminated with clarity in that green grass. One side was darkness. But I saw on the other side glow of light, yet it seems that that darkness was slowly erasing light in this place.

I was curious. When I looked at the light, I saw that there was a very big river with great light. Quickly I saw someone on the bank of that river. Immediately, I realized that it was Fabiana Anastácio de Costa. I wonder what she was doing there.

When I asked her what she was doing there, at first, she seemed to be joyous in this place. But it was apparent that this joy was not authentic and she had a forced smile.

Quickly, my beloved brothers while I was talking to her, I saw that she was there beside wide crystalline transparent water, but she was not in the water. She only had her fingers in the water by the bank of the river. I could see the water hitting only the tip of the toes of her foot.

Fabiana said, “I don’t know what happened to me. Everything happened in the blink of an eye. I was not ready for this and this happened when I was not expecting it. And I landed here. I had a lot in my agendas this year. Everything I was supposed to do was programmed for the whole year. I had already scheduled this year. I did not know that it was my final year on Earth. I had the calendar checked up to the end of this year. Unfortunately, I couldn’t finish my schedules.”

The singer was talking to me when suddenly darkness began to erase light in this place. The crystal clear water was being replaced by blackwater of sewage which started to enter.

When I looked at Fabiana, I saw her crown on her head and this crown shone with very strong light. This crown had a very beautiful diadem, but as the light was dissipated by darkness very quickly, her crown began to lose its radiance and brightness.

But before it lost its light, my beloved brothers, I saw a hand emerging from darkness and I saw the big hand stealing the radiant crown of the singer from her head.

This figure took off Fabiana’s crown and gave her another crown. He exchanged the crown of light with another.

When he stole the shining crown, I saw that he put on her head another rusty dark crown.

When I saw this scene and I went to try to warn her, but I saw that I had lost my voice.

First, the singer lost her crown of glory. Then I saw that her white robes had completely turned dark.

I asked the Lord for I didn’t understand the meaning of this.

The Lord told me, “Fabiana Anastácio de Costa had the opportunity to dip in the crystal clear water for purification, for all that will enter the eternal kingdom must be clean in that crystalline shining water, but she only had the tip of her toe washed by the crystal water.”

The Lord said to me, “She had a lot of opportunities. A deceptive spirit was deceiving her thinking she was saved from damnation. I gave her a lot of opportunities to go through a process of purification when she was in bed in pain before her death, and many times I came to her to cleanse her from her sins.”

And my beloved brothers, I heard that voice of the Lord talking to me in the air. It was a gentle, polite, and soft voice.

As the Lord told me these things, I said, “Lord, why is it that she didn’t allow You to clean her through the crystal water?”

And the Lord spoke in the air with a tremendous voice.

I asked the Lord, “What about this crown I saw shining on her head if she was not saved?”

The Lord told me, “That crown that you saw on her head is the crown of salvation that I have made available for each of My children that obeys My Word and that walk in holiness with My Spirit.”

And the Lord said, “The hairy black hand with big nails that you saw taking away the crown of salvation from her head and putting a rusty one was that of Satan, who came to her life to steal her crown of salvation.”

The Lord told me, “Satan comes to steal the crown of salvation of many of My children. You read in My word in Revelation 3:11. I said, Behold, I come quickly: hold that fast which you have, that no man take your crown.”

And then I asked the Lord about the rusty crown that was placed on the head of the gospel singer by this hairy dark hand.

The Lord said, “That’s because of her sinful life, which is her attachment to outward adornment, vanity, and makeup. Because of her failure to separate from outward adornment, vanity, and makeup she got her crown of life turning rusty, and since she failed to clean up and purify herself from vanity, her crown of life lost its luster.”

The Bible says a contender does not receive the crown unless he competes according to the rules. (2 Timothy 2:5)

I said to myself at that moment. So the more we are walking in holiness with God obeying the word of the Lord, our crown shines brighter and brighter every day.

Brother when we surrender, when we separate from the world to move away from sinful life and live in holiness, our crown shines with great radiance in the spirit world. And when the light, radiance, and the brightness of our crown gets stronger, this light draws the attention of our enemy that will rise and will try to corrupt and contaminate us with the things of this passing world.

Many God’s servants have rusty crowns because of failure to purify and to separate from the contamination of the world.

I told myself that a lot of God’s servants have already lost the crown of salvation. A lot of God’s people living in pleasure have their crowns of salvation losing the glow, radiance and the brightness and many are with rusty crowns due to sin, vanity and greed.

Beloved brothers, this is what the Lord told me.

READ ALSO  JESUS SHOWED ME THE CORRUPTION IN THE CHURCH, THE GLORIES OF HEAVEN AND THE TORMENTS OF HELL
Powered by Inline Related Posts

So we must take care that Satan does not steal our crown, which is our salvation.

The Lord said, “I am coming soon. Hold fast to what you have, so that no one will take your crown.”

And the Lord gave me an understanding of this word that it is not just Satan that wants to steal the crowns of the servant of God, but also false servants that deceive the brethren. The enemy wants to corrupt us with the things he offers us. Satan uses men and women that pretend to be servants of God. They want to steal our crowns. We have to watch and pray.

The Lord told me to watch and pray like a watchman in surveillance so that Satan doesn’t come to steal my crown.

The Lord revealed this mystery to me, for I didn’t understand and never imagined neither thought that this crown was the salvation of the Christian. A Christian life was only to accept Jesus and go to church and fast and pray and turn away from the appearance of evil. We must secure our salvation.

The Lord talked to me about renewed gospels singers of the gospel world. He revealed to me the singers were attached to outward and worldly adornment, makeup, and vanity. If they don’t regret the sin of worldly adornment and vanity, there is no way they will enter His Father’s kingdom.

Likewise, a competitor does not receive the crown unless he competes according to the rules. (2 Timothy 2:5)

You who are attached to world adornment take care not to lose your crown of salvation for Satan steals the crowns of many servants of God and put another rusty one on them. Still, they think that they are saved.

God revealed to me that we must have walk in obedience, living in fasting and praying in sanctification and truly obeys the Word of God if we want to live in Heaven.

The Lord reveals to those who are obey and that walks in sincerity in His presence and have peace from the Lord Jesus.

1 Corinthians 9:24 Do you not know that in a race all the runners run, but only one receives the prize? Run in such a way as to take the prize. 25 Everyone who competes in the games trains with strict discipline. They do it for a crown that is perishable, but we do it for a crown that is imperishable. 26 Therefore I do not run aimlessly; I do not fight like I am beating the air. 27 No, I discipline my body and make it my slave, so that after I have preached to others, I myself will not be disqualified. 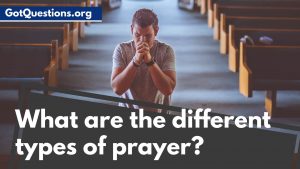