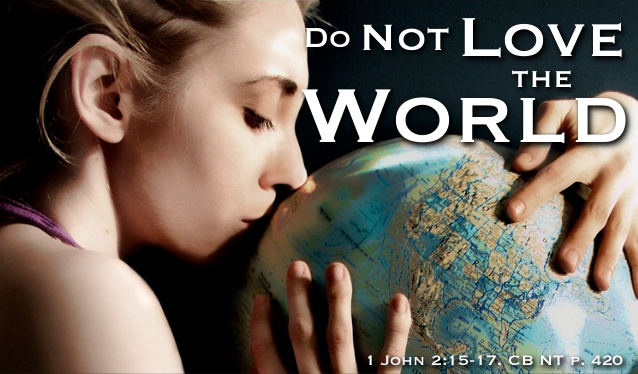 The Lord Jesus Christ came to me and said,”Why are my children failing to completely let go of the world? What is so hard about completely letting go? Are they not decided that it is me they want? How much longer should I wait before I know if they really belong to me?”

He said “Come let me show you why my people keep going back to their old ways.”
He said,”The first step to falling is through lust of the eyes.When people come across something they used to do when they were in the world,they are attracted and say, ‘I am not going to do it,am just looking! Before they know it,they end up going back to that thing because of lust of the eyes.They go back to their filth.” 2 Peter 2:22″But it has happened to them according to the true proverb: “A dog returns to his own vomit,and a sow,having washed, to her wallowing in the mire.”

“If someone used to wear adornments of jewelry and they see a latest one,I see them looking and saying,’let me just see what it looks like’ but they end up buying it and they start walking on the road to Hell again.”
“If someone loved secular Tv so much and they see someone watching a new movie,they will ask the person watching, ‘what is the movie about?’ And they will forward the movie to see what it is about and say,’Am just taking a look.I won’t watch.”
He said,”Now let me tell you.What people do not know is that as they are doing that,the spells from that movie or those jewels are being cast on them by demons.They are disobeying me and so I will not protect them from the spells in those things.” 1 Samuel 15:21-22 “Does the Lord delight have great delight in sacrifices as in obeying the voice of the Lord? Behold,Obedience is better than sacrifice and to heed than the fat of rams.For rebellion is the same as the sin of witchcraft,and stubbornness is the same as iniquity and worshiping Idols.

He said,” After these spells have worked on them due to their lust of their eyes, before they know it,they would have finished watching the whole movie.Those spells will capture them as they are still looking.”
Then they will also watch the next secular movie in the name of just seeing and then the next.Soon,they would have been captured by the devil.They would then start relaxing in sin and the spells will make them think there is nothing wrong with what they are doing.They will start to justify sin and that is how compromise starts.Stay away from sin!”
“Many demons eagerly wait for a chance when God’s children will look at their things in admiration so that they can cast a lot of spells to make that person fall.”
“If my children keep looking back to your past life,they will become like the wife of Lot who kept looking back at her past life.She turned into a pillar of salt.”
“I am saying to the world again, leave Sodom and Gomorrah and don’t look back no matter what you do! This time,the consequences are not turning into a pillar of salt but eternal damnation in the fires of Hell! Decide now who you want to love.Either me or the world.You can’t love both and be saved.”
The bible says we should resist the devil and he will flee.If we tolerate the devil,he will have no reason to flee but instead,will overcome us.Let us stay away from anything that appears evil even as the Bible instructs.
THE WORLD BEHIND,THE CROSS AHEAD,NO TURNING BACK.
#END 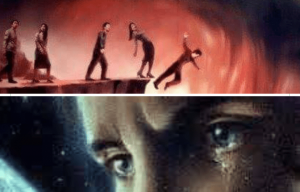 INTERCEDE FOR THE SOULS JESUS IS WEEPING FOR. | Visions of hell given to Zipporah and Rachael
~Zipporah ~ Yesterday,the Lord Jesus Christ showed me the activity…
Cresta Posts Box by CP