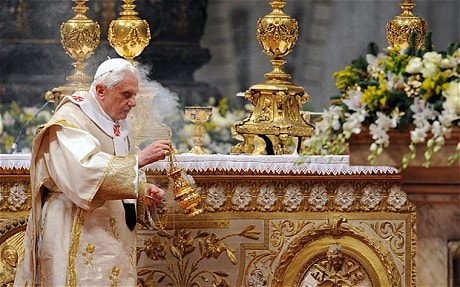 Doc Marquee has also written a book, which is being published by American Focus Publishing Company, entitled “Secrets of the Illuminati”. While this topic has been explored before, no author has been able to bring a truly occultic angle to the discussion. In other words, Marquee looks at the plan to bring in the New World Order from the viewpoint of a former witch. In his book, Marquee includes a chapter entitled, “Is It Catholicism Or Witchcraft?” At the beginning of this chapter, Marquee makes a quite startling statement, “I must emphatically state that Catholicism and witchcraft are one and the same…there is no difference between witchcraft and Catholicism..” Then, Marquee examines Catholicism and witchcraft from the vantage point of a former witch.

Marquee identifies several critically important areas in which the practice of Roman Catholicism and witchcraft are identical. We will first list these areas of commonality and then comment specifically upon them. These common areas are:

The golden goblet known as a chalice.

The use of incense.

The use of bells in the ceremony.

The use of Latin in services.

The use of a golden scepter in giving a large blessing to the people.

A common belief in Purgatory

The common belief in the host.

A common belief in the five elements.

Now, let us examine each of these areas of commonality:

To practice certain metaphysical rites, such as the casting of certain spells or to honor occult deities. To hold the tools of magic.

The Roman Catholic altar also holds the tools of their magic, and they daily perform human sacrifice. Remember, we are looking at this subject through the eyes of a former high-level witch who is now a born-again Christian. This daily human sacrifice is performed according to the false belief in “transubstantiation”, the belief that the priest magically transforms the wafer into Jesus’ body and the wine into His blood. Marquee states, “In other words, every day Christ is being reincarnated and then sacrificed.. they perform daily their human sacrifice in which Christ is … sacrificed for their sins.” It is shocking to realize that the Roman Catholics are daily performing human sacrifice in a manner similar to that of witches throughout the centuries.

holds the real thing.” In Satan’s eyes, the Catholics are performing the same rite as the witches.

“Using these colored candles and the right spells, a witch can cause anything to happen…our Catholic friends are not only using these occult tools, but they also pay for them when they go to various statues and light…candles.”

occultic in origin”. Witchcraft teaches that after a person goes through Purgatory, he is reincarnated and is more powerful in his next life than he was before. After several reincarnations, he will become purified enough to live with the gods and goddesses, precisely the same end as the Catholics teach.

Doc Marquee’s conclusion is inescapable and damning: The practice of occultism has come full circle from ancient Babylon to the Roman Catholic Institution today.

As Jesus counseled in Revelation 18:4,

4 “Come out of her, my people, that you do not participate in her sins, neither in her plagues.“

Special thanks to the Cutting Edge Website for these informative web pages and above all, the Lord Jesus Christ Himself for His goodness and mercy.

MOTHER DOMITILE|HOW HEAVEN SEES THE CATHOLICS AND PROTESTANTS AMONG OTHER THINGS
ELISABETH FERRAZ 2 CHURCH TITLES WILL NOT SAVE
DARIJO MITROVIC OF VELENJE TOWN, SLOVENIA : PRESENT DAY FALSE CHURCHES THE FORERUNNER OF COMING ANTI... 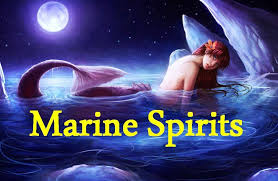