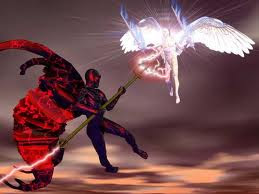 The Mystery Of Spiritual Warfare And Deliverance from Witchcraft Attack

Ephesians 6:12 “For we wrestle not against flesh and blood, but against principalities, against powers, against the rulers of the darkness of this world, against spiritual wickedness in high places”. We spoke about how most Christians, unfortunately, still do not recognize spiritual attacks. Like a lot of other areas, this is one where most of the Church is still sleeping.
Most Christians are still taught to have a haughty attitude about the devil. Most ministers still believe incorrectly that once you become a Christian the devil has no more control over you. This deludes us into not recognizing spiritual attacks and Satan kills many Christians for this reason.
Our Beloved Brother, Emmanuel Omoobajesu, before he was converted by the Lord Jesus Christ Himself, killed thousands of people. He gives one such testimony in his message,”My Conversion To Christ” about how he used one of his charms to kill a Christian woman and her son simply because she threw a tract into his home after knocking on the front door.
She and her son fell down dead!!! Fortunately, at the time, an evangelist was with her who knew the Lord and he began praying. After some time she and her son came back to life! But they had been dead! I told my friend that if such witchcraft attack unfortunately happens in the USA they stay dead, even if it occurs in a church – they just call the ambulance and take them to the morgue. 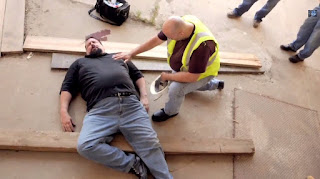 Why is that? It’s because most of the westernized don’t recognize spiritual attacks; even a lot of mature Christians have no expertise in this area in USA. I want to make the point that just because somebody is a mature minister doesn’t mean they know everything and, unfortunately, it has been my experience that very few know much about this area of spiritual attacks.
Sometimes ago a person from the church handed me a tape by an internationally known faith preacher and asked me to listen to it. I did and when they asked me about it the next day I responded, “Well, this minister is a teacher and knows a lot about faith but I can tell you that they know absolutely nothing about the office of prophet.”
I make this point simply because Christians have a tendency to believe ministries that are big or well-known in everything they say instead of a person or minister that is unknown. I certainly don’t claim to know everything and realize how dumb I am in many spiritual areas; however, I do know a lot about the Dark Kingdom and their spiritual attacks against Christians.
Sometimes ago, after church fellowship a young man came up to me and asked for an appointment concerning a “physical” problem that he had. I made an appointment for him to come and he related how every Friday night he would wake up with a tremendous burning pain in his head and had to be rushed to the hospital emergency room.
At the time this was costing him over N175,000 ($500) a week and the doctors could find nothing wrong with him. I said, “It’s a spiritual attack.” The Spirit of the Lord then showed me through the Word of Knowledge that his wife’s father was the person responsible for the JuJu attack against him.
We prayed and I told him what to do — “Don’t go to the hospital the next time this manifests; just rebuke the attack in the Name of Jesus, quote the Word and you’ll be fine.” He responded, “Well, what if I die?” I said, “Then you’ll be in Heaven with the Lord.”
He phoned me back in a few weeks and related that he had done what I said and the attacks stopped when he began to resist the devil. He did relate that when he told his sister in what I’d said in response to his question, “What if I die?” that she fell on the floor laughing! We African people tend to understand these things better than Westerners because we live with it every day.
Sometimes ago I preach a bit about the spirit of cancer. I said, “Sure there are physical manifestations such as tumors but there is a root cause in the spirit realm and it’s the spirit of cancer!” Yet most Christians don’t recognize that cancer is an evil spirit and how to deal with it so it kills them.
My brothers and sisters, the Lord told me very specifically back then that the devil was “going to put cancer on more and more Christians.” We’ve certainly seen this come to pass. But what are we doing about it? Almost without exception every Christian person we know who has to contend with this problem responds, “Well, we prayed and felt led to have the chemo.” Yet the person normally dies.
This is a pattern that indicates to me that they really did not hear from God. Listen, God’s Hand is not slack in healing cancer any more than any other disease. The spirit of fear works so effectively with cancer people, they become afraid and do not stand on the Promises of God in the area of healing and deliverance from cancer. 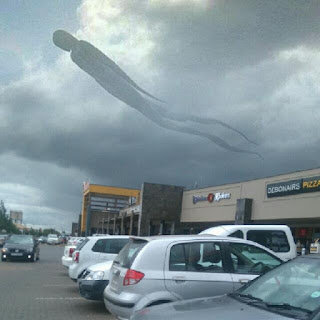 However, I don’t want to leave you with just the impression that all spiritual attacks manifest physically. Spiritual attacks are more frequently seen, if you recognize them, in the spiritual realm – they manifest in the thoughts and emotions; through depression or other “mental” attacks such as suggestion. And, Satan will speak through other people, even Christians, to seek to influence your thoughts, emotions and even your actions by controlling you with these attacks.
Remember, Judas is not the only person Satan has ever entered. In Emmanuel’s message, My Conversation with Satan, he revealed that Satan told him how he entered into and spoke through the two evil men who were crucified with Jesus. He did this in order to try and influence the Lord’s actions even at His point of death! So don’t think that the evil government will not seek to influence you as well by speaking through others.
Some year ago the Lord gave me a message to minister titled, “Another Spirit.” I elaborated on how if you accompanied me to minister to most people in the area of deliverance you would recognize evil spirits speaking through them when they manifested.
However, as the Lord showed me for the message, we are not as quick to recognize the spirit of anti-Christ speaking through even Christian friends when they say something like, “Well, healing’s not for us today” (or some other such thing that is contrary to the Word of God) when you share with them that you are standing in faith for healing.
You need to learn to recognize spiritual attacks that come from the enemy even though they will often manifest in a physical condition. Remember, man is a threefold being: spirit, soul and body. Satan seeks to attack, influence, oppress and even possess you if possible. As I stated several times for importance – “Most people, even Christians, do not recognize the extent to which they are controlled by the devil.” The longer I live the more I find this to be true. If he cannot control you directly because you resist him he will use others such as a relative or employer as a means of indirect control over you. Today he’s using governments, the public schools, etc., of the world in an unprecedented way to control people.
The whole One-world government system of the Antichrist is ALL about control! And, for those who take “the mark of the Beast” it’s a sign that they belong to him – they are trusting in him to provide for them instead of El Elyon. This is precisely why “there are so many dead churches” today throughout the world – they are being controlled not by the Holy Spirit but rather by the spirit of Jezebel, Athaliah or some other evil spirit that has been allowed in to stop the flow of the Person who is really supposed to be in charge – the Holy Spirit.
There is no longer any anointing present because the devil has used a series of spiritual attacks to stop the influence of the Holy Spirit and the devil is now firmly in control of that church teaching the doctrines of demons and the doctrines of men.
My brothers and sisters, you need to learn to recognize spiritual things like the Anointing. You need to develop the Eye of the Eagle and be able to recognize spiritual attacks against yourself, your family and your church. You must be a doer of the Word and learn to first, “submit yourself to God” and then “resist the devil” if you expect him to “flee” from you (James 4:7).
You have spiritual authority over the Dark Kingdom but you must exercise this authority through the Word and prayer. The power of Satan is becoming very strong. The more you understand his kingdom and attacks and how to stand against them the better are your chances of survival in these last days. Because this is true we’ve been very adamant during the last years to encourage you to strengthen and deepen your relationship with the Lord and the Spirit of God so that you can follow Him.
The day for the Mark of the Beast is very near now. Unfortunately, I believe many Christians who have not “made themselves ready” as the Bride is supposed to do will take this “mark” because they don’t understand Jehovah Jireh and covenant – that He is obligated to provide for them and God will use miraculous means to provide for His own.
Remember, Jesus Himself told the devil,  But he answered and said, It is written, Man shall not live by bread alone, but by every word that proceedeth out of the mouth of God (Matthew 4:4). Be alert in these last days to increase your spiritual acumen through the Word and the Spirit so that you will be able to recognize every spiritual attack that the devil sends your way.
READ ALSO  Spitting in the Dream
Powered by Inline Related Posts 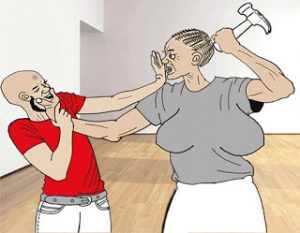