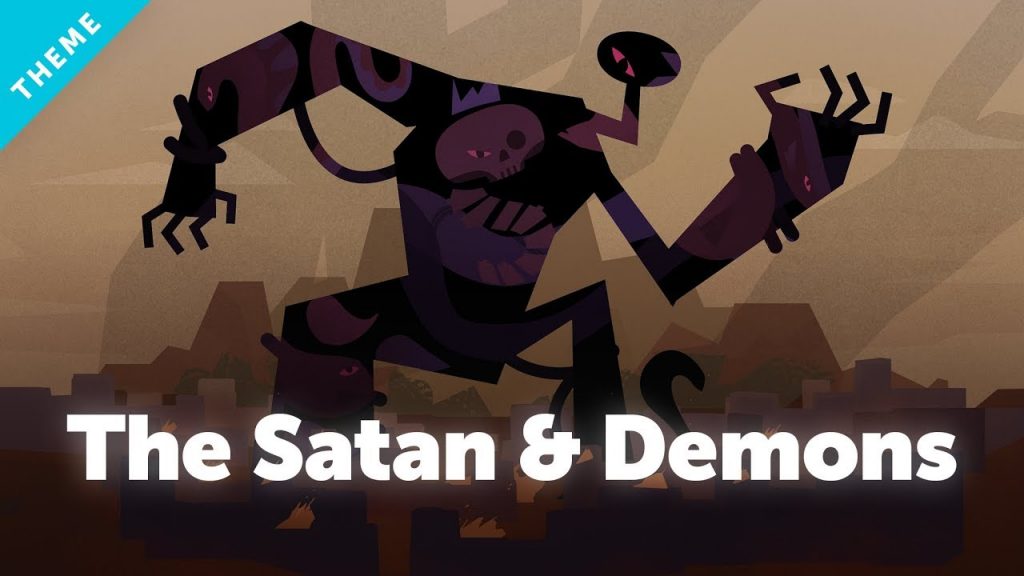 I was in prayer around 6 Pm this evening when I suddenly heard a lot of noise! As if there were a lot of horses running and as if a great crowd of people were running very fast and shouting.I was shocked and I thought something like a war had started,I almost got up to run too for my life but I suddenly realized I was not in the physical anymore but that my soul had gone in the Spiritual.I was wearing a white robe and when I looked I saw an Angel.The Angel was pointing in a direction and shouting to me, “Look!” “Look,the noise is coming from over there!”

I looked and I saw an uncountable number of demons in all forms,shapes,colours,sizes,ranks and specialisations.
Some had long shapeless noses,some were jumping like frogs, some were just in forms of wings,some were colourless and yet some looking like human beings and even dressed up!They were running to earth and shouting.They had been given a new mission by Satan and they were coming to earth to fulfill it.

I saw the devil instructing them “There is a hot holiness rival happening on earth that I don’t like.Many have now turned from our ways because our ways have been exposed.(artificial attachments,secular tv etc)Many people are running to the Holy One and he is receiving them.We are losing people.We need more souls in hell!” At this point,I saw the devil scream like a hungered beast.He had sharp canines and long claws on his hands.I saw blood flowing out of his mouth as he screamed in anger.

“Go on earth! Use ways that seem innocent to entice people to us.They may think they are in the right way but if they fall for our tricks,that will not matter because they will end up in hell anyway! Twist things up! Twist them like way our fate is twisted.Make them doomed just like we are doomed for eternal torment!bring as many as possible in my Kingdom whether young or old,blind,deaf,mad or lame.As long as its a human being in my hands,I will be very pleased.Sweep them all up into hell! Do not leave anyone behind. “”Sweep them up,the more they knew Jesus,the better because their punishment will be worse! Aaaaaaaaaaaaaah!!!” When these fools turn to Jesus,I feel desperate.

“Since they no longer listen to Secular music or Christian songs with worldly beats(rap,Rhumba,reggae etc)make songs which sound like they are Christian songs but do not have the holy spirit in them.Let those songs just be empty words but do not get one in the Spirit because the Holy One wants to be worshipped in truth and in Spirit. John 4:24.These songs will have no effect in their godly life but will just leave them feeling satisfied in their flesh.
I (Zipporah Mushala) can give an example of such songs as I understood them.These songs the devil was talking about are songs like those that can qualify to be both gospel and non gospel depending on who you are addressing the song to eg the song You raise me up or songs that are just sweet words without a spiritual feeling although the song has been addressed to Jesus.

“Also since they can’t watch secular tv,make them run to secular reading material! Hahahahahaha these fools! Turn the secular things into writing so that they have an excuse to read them.They will say that it is not secular Tv but these writings will have the same effect as Tv! Their love for the world will bring them straight to me! They will be deceiving themselves thinking they are in the right yet they are still trapped in the same sins only in a different way!”
“Since they are not watching secular Tv,as they watch only Christian movies,make them addicted such that they no longer have time for God.They will think what they are doing is ok because it is about God.By the time they realise,Jesus will be far away from them and they’ll have no relationship with him”

I saw demons with very very long whips.I saw them whipping Christians whose prayer lives were not strong.When the demon whipped,the person would lose interest in prayer.When it whipped again the person would start feeling lazy to read the bible and before they knew it,they would be dry Spiritually.That is why the bible says to pray without ceasing.
Then I saw a certain rank of demons which had been sent to attack a certain house.They were approaching in fast speed but as they reached near,it was as if an invisible wall was blocking them because the people in that house had a very strong prayer life.

Satan continued “Make sure that majority of the people in positions of influence belong to us so that they can initiate people for us ! Even necessary School teachers! Make sure they pollute the minds of children and teach them our ways in their childhood.” Proverbs 22:6 “in School,make sure the drawings in books are indecently dressed and depict the wrong things as if they are correct! Draw women putting on trousers in the books so that the young girls can think its normal to wear trousers!” “Have our agents give School assignments that involve learning that particular thing from circular Tv hahahahahahahahahaha! ”

“Initiate the earth into my Kingdom,let them serve me and not God.As for you who are going to pose as human beings,influence the people into doing wrong things since they like following what others are doing.Make the things that Jesus forbids sound attractive.Talk about th

e new movies on Tv and make them feel like they are missing out.They will never find this out! ”
“Use anger to destroy them.For those Christians who are strong,let someone do something to make them angry either at work,at School,home or even on the market. Make someone crack dirty jokes so that they can sin by laughing at them,if they don’t laugh,tell them they are too serious so that they feel bad and laugh next time! Do all you can to make them sin,we must not waste any chance”

James 3:10-12 can one tongue both bless and curse? Or can you have bitter water and sweet water from the same spring?
I then saw the devil standing on a very tall tower wearing a red and blue robe.He was observing all the work and how effective it was.I saw people in all types of sin fornication,listening to secular music because they had fallen etc and the devil was assigning different demons to areas.
The Lord has revealed this to us that we may not be caught unaware

A VISITATION FROM JESUS
CLAIM GOD'S PROMISES TOWARDS YOU By Zipporah Mushala
ReMastered: Ex-satan worshiper, exposes the secrets of Witchcraft and Black Magic
counter script 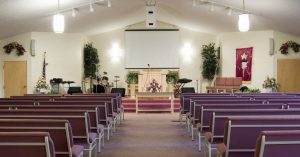 DON’T LOOK AT THE SIZE OF YOUR CHURCH. By Zipporah Mushala
I was in prayer this afternoon at around 5 Pm…
Cresta Posts Box by CP