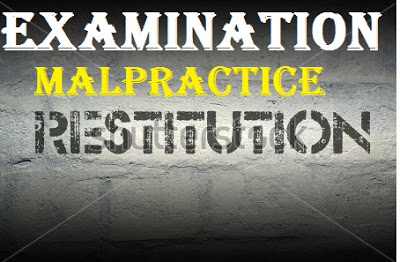 Restitution is an act of restoring to the rightful owner, something that had been taken away, lost or surrender that is compensating for lost, damage or injury. Restitution is a must for every Christian which possessed the mindset of making Heaven. Restitution is very important because it eschews guiltiness and embraced the lightness of salvation.

SOME OF THE OCCASIONS FOR RESTITUTION

Any church that does not believe and repeatedly teach restitution is either a church of Satan or a Satanic manipulated church. Restitution is as a must just as wearing cloths after taking bath is a must. There is no way any church or minister can logically or biblical discredit the importance of restitution after salvation as a must. If there were no restitution after salvation, it means one would continue dwelling in old sin in the new life of Christ at the same time.

It’s like moving forward and backward at the same time, that seems stupid, and so also it is spiritually stupid to ignore call for restitution after new life in Jesus Christ. Restitution is a confirmation of your salvation in Christ Jesus, without restitution your salvation is unprocessed.

How Important Is Restitution After Salvation?

If a man abandons his wife with children and moves with a strange woman, after he is saved in Christ, is he not going to detach himself from the strange woman and move back to his family? If your neighbor steals your phone, and you know but just keep quiet, and later the neighbor becomes saved in Jesus and comes to preach to you while still using the phone he steals from you, are you going to accept his faith as genuine?

If after you retired at the age of 60, and you use your retirement money to buy a land, then a dubious man with his influence, displaces you of your piece of land and claims it for himself, then later he become born again and still claim your land for himself, will you believe his salvation in Christ to be real? So is important for restitution after salvation or else your proclaimed salvation becomes a source of ridicule.

While You Need To Do Restitution After God Has Forgiven You

For example, when you lied in the about your age, your state of origin or about any of your personal data, and now you’ve given your life to Jesus Christ and you confessed to Jesus, but you refuse to correct your past lies through restitution, and so in your present life in Jesus you continue to tell the lies, every time you continue to fill form with lies in your school, workplace, etc. you continue to lie to your spouse, partner, boss, or people generally by repeating the lies you formed in your old life or by agreeing with the lies you said in the past by keeping silent. 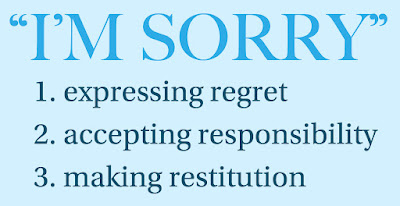 Exodus 22;1 “if a man shall steal an ox, or a sheep, and kill it, or sell it; he shall restore five oxen for an ox, and four sheep for a sheep; 3, If the sun be risen upon him, there shall be blood shed for him; for he should make full restitution; if he have nothing, then he shall be sold for his theft; If fire break out, and catch in thorns, so that the stacks of corn, or the standing corn, or the field, be consumed therewith; he that kindled the fire shall surely make restitution”

Now since you claim God has forgiven you, which one has God forgiven you, the lies of the past or the ones you are willfully repeating now? If Satan is deceiving these preachers and people of modern day Christianity without cross, you better not deceive yourself. It is better to go to heaven from prison than to go to hell fire from palace, so don’t be afraid of doing the restitution after you are saved, what comes may.

The Biblical Opinion About Restitution

Important Of Restitution For Exam Malpractice

How To Restitute For Examination Malpractice 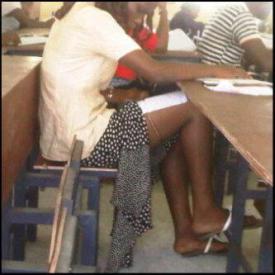 There is an urgent need to restitute every ungodly act you encounter while in an examination hall because cheating is sinful. Restituting for examination malpractice or Cheating depends on the nature of the dishonest act. There is need to takes proper consideration on how such examination practice was enacted.

If while in school, you were involved cheating in an examination hall by means of copying from other student works. Perhaps, you were involved in copying from note-book, key points, hide-out or neck stretching. In such term, you don’t have to burden much yourself on how to restitute such dishonest act. But rather, you seriously need to plead for God’s mercy, forgiveness and promised him never to indulge into such evil act of examination malpractice. 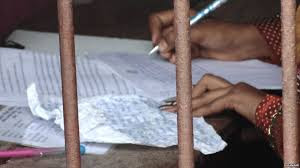 Nevertheless, as it was written and the scripture cannot be broken; Proverbs 11:21 “Though hand join in hand, the wicked shall not be unpunished” Don’t think you have escaped the punishment of your action even though you are not requested to re-write the exam, but yet, there lays ahead before you a terrible consequence of such sin.

Yes; the Lord might forgives you but the Earth will never forget. Every sin or mistakes has severe punishment even after forgiveness because the guilt and self torment shall the Lord not clear. Therefore, ensure not to repeat such ugly mistakes again because it will accumulate disappointment and severe backwardness in life, either tomorrow or in career pursuit.

The Consequences Of Involvement In Examination Malpractice.

Many years ago, former Nigeria educational minister was caught cheating via camera in an examination hall while writing his school examination. However, after his ministry appointment the wicked enemies, the unfriendly friends decided to leak the video via online world wide. The shameful video which previews the educational minister cheating in exam hall went viral throughout social media. 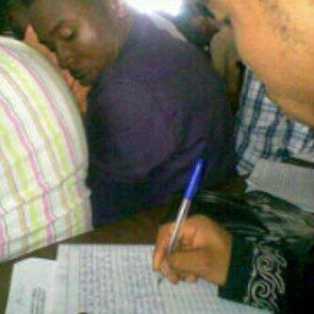 He was under duress and was persuaded to resign from such honored ministry position due to horrible mistakes he committed many years ago. Although, God might have forgiven him, but the Earth still hold it against him because the scriptures is infallible; Galatians 6; 7 “Be not deceived; God is not mocked: for whatsoever a man soweth, that shall he also reap”

Examination Malpractice By Mercenary Or None Appearance

If someone sit or took the examination on your behalf; such as mercenary or none appearance; there is need to forfeit such result or certificate and head over to the examination board or council and confess to them. Perhaps; if someone assisted you to writes a certain examinational courses or paper; you ought to seek for the mercy of God in prayers and ask for his forgiveness and proceed ahead and forfeit that paper and re-write it.

But, if you have already graduated or gain admission into tertiary institute with such disgusted and accused evil result; you need to proceed over to the examination board and restitute to them; kindly follow whatever instruction they imposed. Likewise also, if you were involved in horrible act of school or examination result or certificate forgery; you need to proceed over to the examinational council and tender your plead. You need to confess to them and seek for their forgiveness. Therefore, whatever demand they required of you, please kindly abide by it.

Howbeit; if peradventure, you were involved in exam malpractice through the aid of machinery (an expert in the field), whereby someone assisted you to write all your papers and later you were awarded with an honorable scholar degree. You need to proceed over to the school board or authority and tender your restitution unto them and ensure you abide with whatever judgment they imposed upon you.

However, if you deliberately lured into examination malpractice by Copyrighting, with the thought or an intention that you wouldn’t have to render any restitution or confession to the examination council or board or to re-writes such exam. My beloved; It is written, “If we deliberately keep on sinning after we have received the knowledge of the truth, no sacrifice for sins is left, but only a fearful expectation of judgment and of raging fire that will consume the enemies of God” (Hebrew 10:26-27) So; after been aware of this fact and you still went ahead into such sinfulness; then such person have to pay the price either in time or eternity.

Some Restitution Questions Ask By Brethren.

(1) If I lie to someone that I have eaten and I have not. Then later I realize it’s wrong. Should I go back and tell the person I lied?

As Christian, there is urgent need to be watchfulness over an out-spoken word. A genuine believer is always mindful while chatting or discussing with others. James 1:19 “Wherefore, my beloved brethren, let every man be swift to hear, slow to speak, slow to wrath” However, in term of lying or exaggerated words spoken unconsciously, there is need to reinstate your intended godly motives. If the person whom you mistakenly lied to is still within reach, the best is to re-account yourself immediately by telling him the actual truth; that you were wrong by your earlier respond. That is call restitution of spoken word.

Hence, in a scenario where the person is out of reach, don’t worry about that, you just ought to seek for God mercy and forgiveness through prayer and asked him to forgives all your conscious and unknown sins which you have committed. But whenever you behold the person; please ensure you correct yourself in confession by telling him/her the truth.

(2)  If I gave someone money and they have never returned, though I need it. If I forgive them will they still miss heaven for that?

It is written “Own no man anything except love” (Romans 13;8).  If your debtor dies without clearing their debt it will surely leads them to an eternal punishment in Hell. However, if you have forgiven or cancel their debt with all sincerely of heart; the best approach is to alert them, you need to share the good news of their debt cancellation.

You need to pass across the news of your generosity act to them, because they ought to bear witness of your charity act. This will also calm and brought peace into the conscience heart of the debtor. After making your generosity intention known unto them, they will smile, thank you and also glorify God. Whenever this godly attitude is enacted, heavens always smile because you have just pull out a soul from hell.

(3) Please i own someone; but I don’t have the money yet, what should I do?

The scripture foretells according to Romans 13:8 “Owe no man anything, but to love one another: for he that loveth another hath fulfilled the law”. Therefore, you must ensure you rectify your debt. You might sell some personal properties and pay off your debt as a matter of urgency because tomorrow is never promised. If peradventure, you don’t have any source of mean of raising the money; you need to enter into covenant with your creditor. 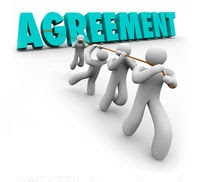 Plead with him/her the comfortable time or period you are going to clear all your debt. Even both the heavens and earth would bear witness of such agreement. However if death enacted before the agreed period; perhaps the Lord might considered you; because the grace of life was not enough to attained to such appointed or agreed period of payment. You will be exonerated because heavens will attest that enough grace of life wasn’t given to settle up your debt because of the covenant you bargain with your creditor. However, ensure you fulfilled your covenant by paying up all your debt at the appointed period. 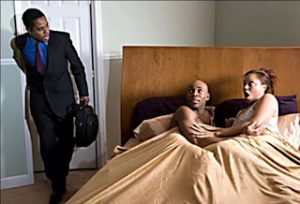