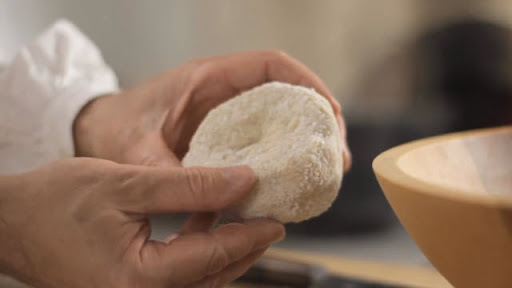 PROPHETESS DR. DEBORAH FLINT 9: BEWARE OF THE LEAVENING THAT LEAVENETH THE WHOLE LUMP

On the 13th day of January 2016, the word of The Lord came to me concerning the churches and their congregations, the ministers of the gospel, and all that will listen and saying to them, “See to it that you do not corrupt yourselves with the idolatrous ordinances of man. Do not taint yourselves with the celebrations and observance of ordinances and rituals which I have not set forth for you to observe or to keep. Neither did I show you by example to do these things. Beware of the leavening that leaveneth the whole lump and corrupt your whole being to condemnation,” saith The Lord God.

“A little lust and a little celebration here, a ritual and idolatry there; you corrupt your whole being. When you partake in the rituals of the pagans and perform their ordinances, you serve their gods. By so doing, you partake in their judgments and in their plagues. You observe times, days, months, yearly celebrations, rituals, and ordinances that I have not told you or commanded you, nor shown you by example to observe or to keep them. I have given you My Sabbaths and My feasts which are hallowed and holy for you to observe and to celebrate throughout the year. My feasts and My Sabbaths are for you to eat, rejoice, be merry, and be healed while you do so. But because of your lust you go after the pagan rituals and celebrations, and their gods. When you observe pagan days, months, years and times, and perform their rituals and ordinances, you serve their gods which is a rebellion, idolatry, and an abomination before Me; beware! Do not taint yourselves with idolatry and pagan god worship for it is a grievous sin in My sight,” saith The Lord God Most High.

On the 16th day of January 2016 the word of The Lord came to me again speaking to the churches, ministers, and all that will listen saying: “My faithful servants hear My voice and they obey My Word and My commandments; they walk in My footsteps, and they follow My ways and My examples. If you call yourself My true servant, you will obey My Word and My commandments; you will walk in My footsteps, and you will follow My examples. You observe times, days, months, and years that I have not commanded you to observe. You keep ordinances that I did not teach you by example to keep; neither did I teach my ancient apostles and disciples to do so, nor did My ancient apostles and disciples teach you by their words or by their examples to do so. You lust after the dragon and the beast; you worship the dragon which gave power to the beast. You keep the traditions, the ordinances, the rituals, and the commandments of the mother of harlots and abominations of the earth; you worship the dragon and the beast. You bow down to statues and images of people and beast, you worship and make obeisance to them. You pray to images and carcasses of dead sinners and unrighteous men and women. All who perform these practices are an abomination before Me. They have no place in My kingdom. Woe unto you the foolish and the gullible who commit idolatry and abomination in the name of religion and cults, and because of your lust. How long will you allow yourselves to be deceived? You serve pagan gods when you partake in their celebrations and in their rituals; you serve pagan gods and worship the dragon and the beast in your lust. Beware of My judgment which is inevitable!” saith The Lord God Most High.

“You are the servant of whom you obey. You are the servant of the mystery Babylon the great, the mother of harlots and abominations, whose commandments, traditions, ordinances, and rituals you partake, observe, and celebrate. You become an idolater and an abomination before Me, and shall therefore suffer their judgment and be plagued with the same plague which the people and the nations that lived and served other gods suffered in ancient times. The people and nations of the present day that do the same and live the same way shall also suffer the same fate except they turn away from their unrighteous ways. The rebellious people and nations shall be lowered to the dust and shall be an outcast before Me. Their posterity shall be removed and be given to another, and to

the nations who walk in My ways and obey My voice as was the case with the people, nations, and kings of the ancient times who served Me and walked in My ways. I Am The Lord God Almighty, The Most High God. Beware!” saith The Lord of Hosts.

“Woe unto the ministers whose tongues are tied and are crippled by their own secret sins and evil lifestyles. They lead many to destruction by their heretic teachings which are borne and conceived out of their evil hearts that protect their self-condemnation lest they are convicted of their sin and of judgment, and their path to eternal damnation. These have sold their souls to their master the devil. My true servants must beware of these false preachers and false teachers whom I have not called, neither do they serve Me. They are the wolves among the sheep. Do not let yourselves be deceived by these self-called and self-ordained wolves among the sheep,” saith The Lord.

On the 10th day of March 2016, the Word of The Lord came to me; The Lord speaking to America and the people and nations of the world saying; “Hear Oh ye people! Hearken Oh Ye nations to My Word by the mouth of My prophet and My ministers. Repent and turn from your rebellious ways; hearken to My Word calling you to repentance and to obedience. Hear and obey, mend your ways and save yourselves from My judgment and wrath to come which will be kindled against all who have chosen the path of evil and abomination, and have sold themselves to work that which is unseemly and an eyesore before Me. My judgment will descend upon evildoers with plague, pestilence, disaster, mishap, and disease that man cannot cure. These things shall come upon all that have chosen the path of evil, abomination, and unrighteousness. And because I have continually pleaded with you through My servants, My prophet, and My ministers; yet you have chosen to turn deaf ears to My call and My Word; My patience and longsuffering bear witness against you and your rebellious path which you have chosen. I will surely render judgment against the unrighteous except they repent. My Word is true, My warnings to man and My judgment are real,” saith The Lord of Hosts.

On the 28th day of April 2016, the Word of The Lord came to me saying, “The devil who is satan is roaming around all over America and the nations of the world sowing and working his lies and deceit in the minds of the people and leaders of nations. He has fed his wine of intoxication to people and nations, and their leaders. Many who call themselves ministers of the gospel are also drunken with satan’s wine of intoxication and they have brought the abomination of pornography, homosexuality, lesbianism, and idolatry into the church, and are poisoning the minds of their congregation with their lust, sweet words, lies, and deceit.” And The Lord said, “The difference between Elijah My prophet and Ahab’s prophets of baal who ate at Jezebel’s table is My Power and the anointing of My calling which I bestowed upon Elijah. Ahab’s prophets did not have My Power or calling. They had only lies, lies, and more lies. So are all the false, self-called ministers who deceive their congregation, whom I have not called nor commissioned them. All that these false ministers have are lies, lies, and more lies; just like Ahab’s prophets of baal,” saith The Lord God Almighty.

On the 2nd day of May 2016, the Word of The Lord came to me speaking unto the churches and ministers, and all that will listen saying, “Woe unto the ministers who whore after the beast and bring the abomination of the mother of harlots and her idolatry into the church. Woe unto their congregation who lust after the dragon and the beast, and disobey My Word as it is written for all My servants to keep in obedience. Woe unto those ministers of darkness who have transformed themselves into the ministers of light and have become the wolves among the sheep, and are leading their congregation to commit the great sin of abomination and idolatry. Untangle and remove yourselves from the abomination of the mother of harlots which sits on seven hills and save yourselves from My wrath and from My judgment. Surely, I will judge all flesh according to their works which they have chosen to work by their own free will. I will judge the righteous according to their righteousness, and the unrighteous according to their unrighteousness, and their evil works

and their abomination which they have wrought before Me, except they repent and turn from their wicked ways. My patience and longsuffering shall be a witness against them and against their blood. I Am The Lord God and My judgment and reward are just.” saith The Lord God Most High.

And I saw the judgment of The Lord God begin in the churches. I saw God’s judgment sweep through the congregations and the nations of the world with plague, disease, pestilence, peril, danger, disaster, and astonishment. And I saw the seal of The Lord God placed upon the foreheads of all the righteous who live by and obey the Word of God; His servants who sigh and cry because of the abounding evil and abomination in America and the nations of the world. I saw only the faithful servants of God who have the seal of The Lord God Most High escape His judgment. And The Lord said, “My faithful servants must not be troubled but must be steadfast in their faith when they see My hand of judgment sweeping through the churches; the rebellious ministers and their rebellious congregations who adamantly continue to work that which is evil and abomination before Me. He that hath ear to hear let him hear and obey,” saith The Lord of Hosts.

As you read and hear these revelations of The Lord God Almighty, do not harden your heart, but search yourself and repent, and turn from unrighteous works and seek The Lord God with all your heart and soul, and follow His ways and live His Word in holiness. If you so do, The Lord will have mercy on you, and all that truly repent and follow Him in righteousness in your household. You will have nothing to lose but everything to gain.

ELISABETH FERRAZ 2 CHURCH TITLES WILL NOT SAVE 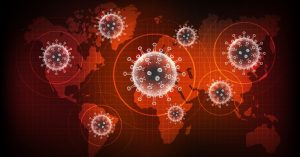