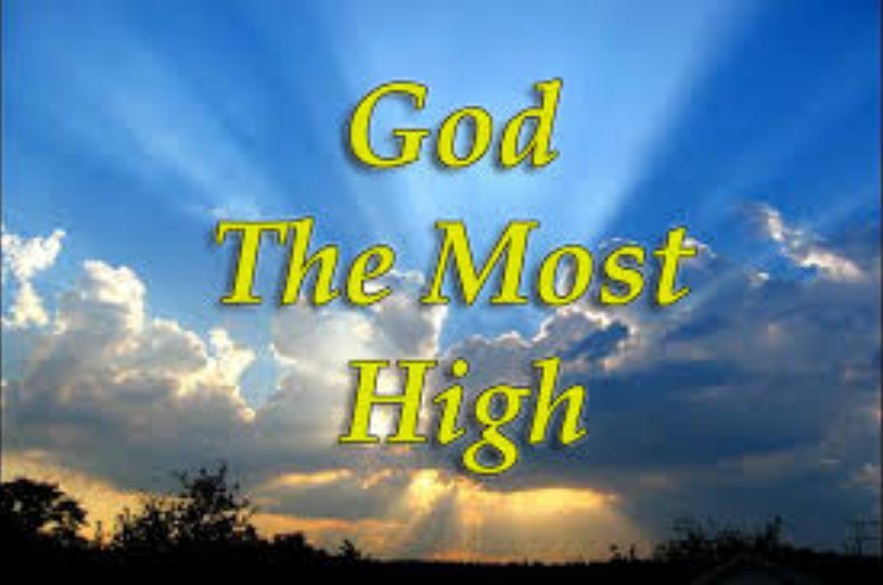 PROPHETESS DR. DEBORAH FLINT 4: KNOW FOR A CERTAIN THAT I AM THE MOST HIGH GOD AND I STILL RULE IN THE KINGDOM OF MEN

On the 8th day of September 2018, the word of the Lord came to me saying, “Kavanaugh”. I inquired of The Lord about what He meant regarding Kavanaugh. And The Lord said, “Brett Kavanaugh sat quietly at his confirmation hearing in wonder, bewilderment, burning heart, and in disgust with how evil men and woman have planted themselves in this land and have taken it upon themselves to work cunningly and deceitfully to further the work of evil and abomination in America that spills over to other nations of the world. His convictions and his bitter experience are now seared in his heart more than ever, and will make him more ardent to defending that which is good and shunning that which is evil,” saith The Lord God.

Later the same day, on the 8th day of September 2018, in a trance, The Lord showed me, Barack Obama, as he came out from a hidden place. And The Lord said, “From going up and down, east and west, north and south, in secret and in open, Barack Obama has again presented himself in the midst of the sons and daughters of men with mischievous feet to propagate and continue the work of abomination before Me in this land.” And The Lord showed me Barack Obama’s face appearing in different forms and shapes; first as a person’s face that changed into the face of a beast, then changed into a demon’s face, then to blindness, then to paralysis, then to disfigured and to a handicapped face. And The Lord said, “Barack Obama presents himself again to continue the work of evil and abomination which he promulgated during his eight years in office as president, and has continued so in the shadows to fight against the work of My hand. Because he wakes up from his sleep every day and walks the earth, he does not think that repentance and change from evil work to good work, and from unrighteous work to righteous work is for him to accept and embrace while he yet can,” saith The Almighty God.

On the 11th day of September 2018, The Lord showed me, Brett Kavanaugh, with his cloak tied up in a bundle, and he was carrying it over his shoulder, and holding it over with one hand, while the cloak bundle hung over his shoulder to his back as he sets off to the supreme court to work as a Justice. It was not a heavy burden. He carried his cloak like someone traveling to a far distance in the ancient days as he walked calmly, focused, and not in a hurry. And The Lord said, “Kavanaugh is carrying his convictions with him to the supreme court and wherever he goes. Many of his strong convictions and actions that are consistent with My perfect Word and Will, please Me. So are the strong convictions and actions of others like him that please Me. My right hand of righteousness will uphold and sustain all that honor My word and walk in My ways as they carry out their duties in their respective careers, and in their daily lives. I Am The Lord,” saith The Most High God.

On the 11th day of September 2018, the word of The Lord came to me again saying, “My hand is at work in this nation and around the world for the sake of My faithful servants to give them relief from hardship and oppression set forth by previous evil leaders of this land, America, which laid a heavy burden upon My faithful servants. I have placed a new leader on the throne and have given him a new mind and a new heart that is different from the evil mind of his predecessor and his accomplices, which were filled with abomination and filth. Donald Trump is hated and persecuted by evil-minded, lustful, and vain people because I have given him a different mind and a different spirit that does not conform with the evil path of abomination and massive bloodshed of the unborn in this nation, America, and the world, which is deeply set and seated. Barack Obama has come out again to take glory for the work of My hand which I have done, and continue to do through Donald Trump after Obama has led this nation to commit grievous sin of the abomination of homosexuality,

lesbianism, idolatry of lustfulness and self-worship, massive destruction of lives of the unborn in the womb, and much more before Me, as no other leader has done in the history of this nation; he polluted this land grievously by multiplying this evil in My sight. Like the ancient King Herod, Barack Obama has not humbled himself before Me, but is now taking glory for My hand work. Except he repents and turns from his evil path, he and all like him will reap the same reward and the same fate as Herod. I would have favored Barack Obama if he walked in My ways and did righteous work before Me,” saith The Lord of Hosts.

On the 13th day of September 2018, The word of The Lord came to me saying, “Because I have given Donald Trump a different heart and a different mind, he acts and thinks differently from a great many people who oppose him. And for his different way of thinking and acting, many resent and hate him, and work to pull him down. They close their eyes and minds to many things I am doing in this nation and around the world through him. They are full of hate, and adamantly and resentfully work against him to destroy him at all cost, and by all means, even for his successes. All that work to undermine Donald Trump and plot to pull him down do so against the work of My hand, and they are fighting against Me, The Almighty Jehovah, Creator of heaven and earth and all that are in it. They must know for a certain that they fight against the work of My hand and they are in danger of My judgment. They do so to their own detriment. For they will reap the recompense of their evil works except they repent and turn from their evil path. For My judgment shall find them and their accomplices wherever they go and in whatsoever they do. My judgment shall pursue them and overtake them. My judgment shall find them like a random arrow found disguised Ahab, the ancient king of Israel in the heat of battle, except they remorsefully repent and desist from working against Me and against the work of My hand,” saith The Lord of Hosts.

On the 23rd day of September 2018, The Lord showed Me Brett Kavanaugh standing on the highest platform of the Senate floor which was completely empty. He raised his hands up to heaven in jubilation and praise and was ecstatically happy. He then started clapping his hands with his hands raised. He was doing this joyfully, and with gratefulness to God. The Lord showed me a symbol and a sign indicating that Brett Kavanaugh will be confirmed as Supreme Court Justice. On the 5th day of October 2018, the word of the Lord came to me, speaking to the inhabitants of this nation, America and other nations of the world saying, “All ye people and the inhabitants of the earth which I created and the fullness thereof; know for a certain that I AM The Most High God The Omnipotent, The Omniscient, The Omnipresent, The everlasting Almighty God, and I still rule in the kingdom of men,” saith The Lord of Hosts.

As you read and hear these revelations of The Lord God Almighty, do not harden your heart, but search yourself and repent, and turn from unrighteous works, and seek The Lord God Most High with all your heart and soul, and follow His ways and live His Word in holiness. If you so do, The Lord will have mercy on you, and on all that truly repents and follow Him in righteousness in your household. You will have nothing to lose but everything to gain. “For what shall it profit a man, if he shall gain the whole world, and lose his own soul?” Mark 8:36 (KJV). 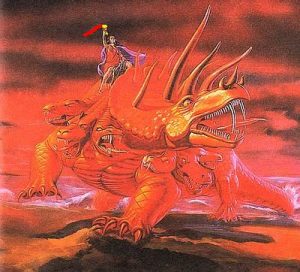