How To Overcome Deadly Sin Of Lust

The most deadly disease today in whole world is disastrous and has no cure. The faster killer disease is not ebola disease, neither Aids. Although most of us thought ebola, a newly resurface deadly disease, whose rate of transmission has been regarded as the most susceptible one in the history of man kind because of its mode of transmission. Its can be transmitted to another victims by an inter-exchange of mucus or sweat gland of the body. While some believe it can be transmitted through hand shake.
They had gone all the way, wearing hands glove going to their business and offices. All for the sake of seeking for protection. While medical expertise , also believe that, the virus affection can be transmitted through eating of meat. Many now find it very difficult to greet their follow brethren. Because it has been estimated that the virus only takes about 21 days to kill-off his victim.
THE DEADLY SIN OF LUST
Many believers across the globe, are yet to understand the major problem and deadly sinful disease facing the Christendom today. Some believe in physical appealing, having their judgment based on sight. Most of them are already dead in spirit. Most of those that profess themselves as christian are working corps. Waiting for their day of burial. They refuse to seek after the things of the spirit. The power of physical and worldly fear had erupted and taking over their christian faith.
They are engross after the things of the world. they’re working after sight. Most of them had lost focus and backslide from faith, due to small trials of faith. And most of those trials are based on temptations. As a christian, its a mandate that all shall face temptation. But the Lord has made us a promised that he will not allows the temptation, that we wouldn’t be able to carry to overwhelm us.
Its also reminded us that, If any man been tempted, let him not say, He was tempted by God. God doesn’t tempt any man. But is only when our personal heart desire or feels are engross and been enticed with things of the world. Its resulted into temptation which will eventual leads to sin. And such enticement are the manipulation from ancient demonic evil spirit, sent on assignment for the purpose of wreaking down highly committed believers and causing him/her to backslide from faith. Therefore, from this fact, we shall be considering the easiest and attractive form of enticement, which the demons are very conversant in using against believers in church and among brethren, Which is called LUST.
James 1: 13-15″Let no man say when he is tempted, I am tempted of God: for God cannot be tempted with evil, neither tempteth he any man: But every man is tempted, when he is drawn away of his own lust, and enticed.Then when lust hath conceived, it bringeth forth sin: and sin, when it is finished, bringeth forth death
The Almighty God who searchth the innermost parts of human heart, can easily identify the spirit of lust in your heart, wither the lustful sin be visible or not. God will definitely judge any person who dies with the spirit of lust in his/her heart. No lustful person can enter heaven even with the slightest element of lust.
The sin of lust was first originated from the garden of Eden. Eve heart was enticed for the purpose of wisdom. She craved for knowledge, as a result, her heart got lusted over her desire for wisdom, which eventually leads to the falls of man. And yet, many christian are been posses by the same demonic spirit if enticement, causing them to lust after worldly things that perished without knowing they are been trapped by deadly sin of lust.
LUST FOR PEOPLE, LUST FOR TANGIBLES AND INTANGIBLES.
Lust is a great, strong, ungodly, self-indulgent desire or craving for something or for someone. Lust is a disease of the heart and incubates very well in the mind before it acts out itself. Most sins may not be sins until they are visibly displayed.
But lust is different. It is a sin even in its invisible state. Lust knows no moderation, modesty, or self-control. LUST breeds VANITY;  VANITY leads to death. Lust drove King David into covetousness, murder and adultery. Lust for money drove Judas to betray His Savior and Master Jesus; and he lost his soul forever. Lust drove Samson to sell his destiny to a seductress.
Lust is deadly, a fast killer, a destroyer of destinies and a destroyer of unborn generations. The Israelite were severely punished for their lusts at various times. Lust has disgraced lots of world leaders and brought several families and nations to penury. PLEASE NOTE: the spirit of lust is a very patient spirit; it could walk away for a while and subtly show up again when you have let down all your guards and are no longer as watchful and careful as you used to be. If we do not arrest the spirit of lust in time, and on a daily basis, it will put us, our ministry and our children in shame. 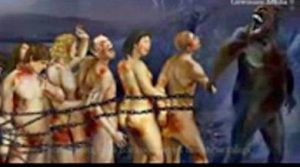