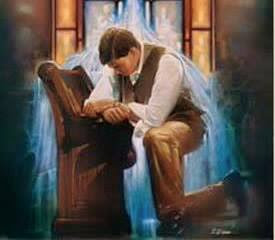 Exposing The Secrets Behind Prayer

Exposing the secret of prayer is the most important thing every genuine christian want to discern and plans how to exploit the loopholes behind thus secrets. You who mention the name of the Lord don’t keep quiet. Give him no rest and take no holiday for yourself. Brethren, there is no holiday in the spiritual realm and if you must accomplished the purpose of God don’t take holiday in the spiritual realm. But the problem today is that many are in spiritual holiday.
Isaiah 62:6-7 “I have posted watchmen on your walls, Jerusalem; they will never be silent day or night. You who call on the Lord, give yourselves no rest, and give him no rest till he establishes Jerusalem and makes her the praise of the earth”
Consequently, there is a spiritual kwashiorkor raving the church because men has gone on spiritual holiday. The scripture, emphasis  “GIVE HIM NO REST” God isn’t interested in rest–It says. Take no rest for yourself and give God no rest until he establishes and make Jerusalem a praise of the land.
I can hear the Holy Ghost saying; WANTED-WANTED-WANTED. For these nations, God is looking for some people. In your local church God is looking for a people. At these zero Hour, God is look for a people. It is 5 minutes to 12 at clock of time. Very soon it will be 12 O’clock and the curtain shall be drawn and terrible things will begin to happen.
God is looking for a praying people. Many teach about prayer but didn’t practice it. Though you might not be spiritual to preach, do you know a sinner can preach? People can preach anything but it takes a spiritual man to pray.
When i mean PRAYER, I don’t mean the HIT and RUN kinds of prayer. There are people who are hastening comer and hasten goers in the presence of God. When they come and knock, before the Lord will say “YES – WHO IS KNOCKING? They are already in the taxi, that is not the kind of prayer am talking. Somebody may say prayer!
I don’t mean reading prayer. Is not just reading out what something someone has written. You are just reading it out and didn’t come out from your heart. This isn’t the kind of prayer that makes thing happen. However, LONG PRAYER in the public doesn’t mean you are a prayer WARRIOR. There are some people when the pastor says “Bro, Please can you close us in prayer? 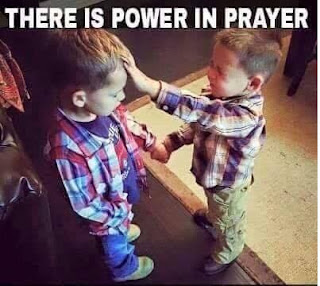 If it is larger crowd, the brother may say “Let me demonstrate to this audience that I am a prayer warrior” He will say, “JESUS-JESUS-JESUS for 5 minutes. Father we THANK YOU; THANK YOU; THANK YOU for 10 minutes. Father we remember this…..!
Brethren, The pastor has just ask you to summarize so that the congregation could go and you begin to pray from Jericho to Sokoto and before you come back people are already shaking. A prayer warrior believes in LONG SECRET prayer but SHORT PUBLIC prayer. Hence, long prayer in public is as a result of short prayer in the secret.
When a man had has an INTERCOURSE with JEHOVAH in secret, when he comes on the open it becomes a prayer of DEGREE and Jehovah will rectify the prayer. But when a man begins to go from North to South, you know he is just trying to gather momentum.
WHAT IS PRAYER?
Prayer is a disinfectant that purifies the air of contagious Demons. Its purges the head of territorial demons; Case-study; Organized a singing competition even the devil wouldn’t bother, in fact, while you are singing he will be presence to dance. One thing about music is that God like music and Satan also likes music.
But when you organized a prayer meeting, you are directly organizing war at the kingdom of darkness and be sure that devil will oppose it. PRAYER is disinfectants; therefore i don’t believe i should pack-out from the yard or apartment am living because of witch or wizard. If you claim to be born again and want to pack-out due to witch-You are a kwashiorkor Christianity.
Yes, the witch is suppose to pack-out for you and becomes uncomfortable because when POWER meet power the lesser power will bow to the superior power. PRAYER is weakness leaning on omnipotent. The secret success in Christianity is prayer. Am searching for brethren who will stay one month without prayer, –Let know what will happen to them.
If you stay one full month without prayer, at the end of the month we shall come to celebrate your spiritual obituary, because your soul can’t prosper in the neglect of prayer. Prayer is entering into the HOLY OF HOLLIES; Sanctum-Sanctum and it takes a prayer man or woman to get into Holy of Holies. That is why a sinner cannot pray. A sinner can read prayer. I mean picking your words, by saying “FATHER OF OUR LORD JESUS CHRIST, THOU KINGDOM….!
But to pray, flowing from your heart as a child approaching the father, by saying “FATHER I BLESS YOU, I GIVE YOU ALL GLORY, I WORSHIP YOU, YOU ARE LORD, YOU ARE KING….! They wouldn’t have that boldness because it’s written Isaiah 59:2 “But your iniquities have separated between you and your God, and your sins have hid his face from you, that he will not hear” A prayerless Christian is a powerless Christian and when you are powerless you become a football at the hand of Devil.
EXPOSING THE SECRET BEHIND PRAYER.
PRAYER is spiritual oxygen. Biologically, you can’t survive without oxygen. Prayer is to go to big nose of God. When he is breathing out you are breathing in. Any day you go to breath from the mouth of God, it wills victory-victory throughout. When you stop praying, you stop breathing and your spiritual obituary will be at the corner.
That is why; your condition is like this. There is this spiritual illness in you when you stop praying; praying is knocking at the throne of God. Prayer is fuel and oil. Show me the car that will move out in the morning without checking fuel and oil.
Unfortunate today, there are preachers and leaders in the church who has knock spiritual engine. Therefore, if you want God to do something in your life, so that you can usher into the revival the church is aching-for, you better begin to think about your prayer life.
WHY DO PEOPLE KNOCK SPIRITUAL ENGINE.
They preach and preach but don’t have time to go to fueling station to re-fuel. They are busy Judging cases and settling disputes and giving counseling. To pray is to go to fueling station. Show me a preacher who preaches and also go to filling station–There will be perpetual anointing and his head will lack no oil.
Unfortunate, many preachers gives-out but has no time to Re-fuel. Our problem is that, we have give out but don’t go to the filling station for re-fueling. I can hear the Holy Ghost crying; WHO WILL PRAY? Wanted; wanted; wanted. The present condition of the church today is as a result of prayerlessness; if we begin to do a serious prayer revival will come.
If revival must come, somebody must pray for it. Revival is a child of prayers. When you begin to pray anything can happen at any time. PRAYER is food for the Holy Ghost. The delicious food you can cook for the Holy Ghost is to go to your corner and pray. I see praying as flogging the devil. To pray is to flog the devil. I haven’t seen anything the devil opposes than prayer meeting. 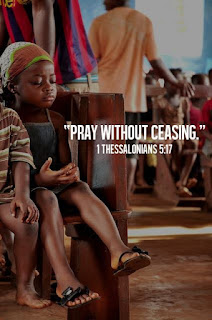 He may not oppose committee meeting, Singing and church gathering because it may be an opportunity for him. But to organize a prayer….heh, watch-out an attack from him because to organize Prayer is to lead a holy rebellion against the kingdom of darkness. I also see Prayer as spiritual fertilizer. Show me a church where souls are not repenting. If people of God can go and fertilizer that place, they will reap souls out of that place.
A  TESTIMONY OF SECRET BEHIND PRAYER.
There was a church where nobody is growing, even the members are backsliding and moving out of the church. The church was decreasing in attendant. Then one day, three member of that church, they have a burden. They went into the room of the church for prayer.
They said “God members are backsliding from the church, God we will not come-out from this room until you do something about this church” They went to wrestle with God and for 1-3 days they refused to see the sky. Hence on the 4th day, they came-out and went and hired benches-expecting visitors.
When it was time for church service no visitor came. When it was the time to preach, the pastor opened the usual bible. Why is this bible Usual? Because he has been preaching from that same bible all years and yet nothing happen. Brethren, prayer can change the message at the pulpit. The only way to change a church is by prayer. However, a carnal pastor cannot stand before a praying congregation. When the church begins pray, carnal pastor, deacons and elders will began to resign from the church.
The holy ghost will flush them out by causing them to see error and mistakes in the church, therefore giving them up to reprobate mind to become General oversea by going to establish their own churches. When we begin to pray, the pastor who didn’t flow in spirit will resign because of the power of God.
Back to the testimony–when the pastor open the usual bible the natural become supernatural. Instantly, the power of God came down and every member of the church begins to roll on the ground.
Nevertheless, that very day some people where passing-by and saw all the members of the church rolling on the ground.
They went into the city and rang an emergency Bell and say “IF YOU HAVE A RELATION IN THIS CHURCH, PLEASE COME FOR A RESCUE OPERATION, BECAUSE THE PASTOR IS BUSY SLAYING (killing) HIS MEMBERS”
There was a mighty rush. People troop into the church to see the pastor who was slaying his members. Nobody knew, that was Holy Ghost method to cause that church to grow. People surrender the church to see the slaying pastor. God opened heaven and release his power upon them and they all joined in the chorus of rolling on the ground. None of them left without becoming full member of that church.
WHAT WAS THE SECRET?
Brethren, you are the cause of any problem that is happening in your church because you gossips and talk more rather than praying. You refuse to understand the secret behind prayers. Please always seek for spiritual revival of your prayer life because a prayerless Christian is a powerless Christian. 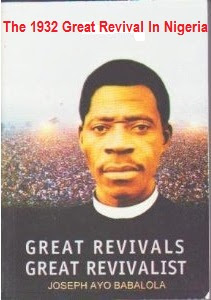