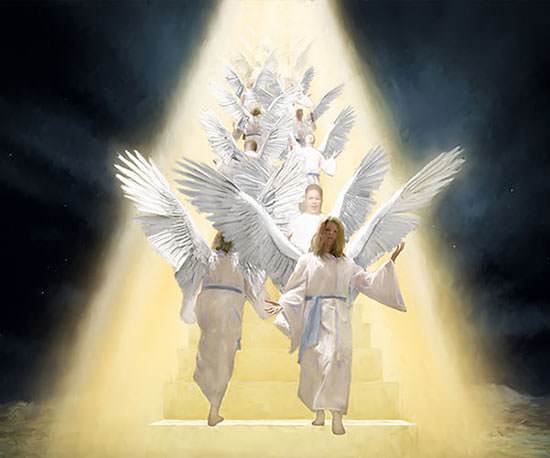 ELIZABETH | ANGELIC ACTIVITIES AS WE PRAY

Elizabeth’s vision during prayer. Elizabeth is a teenage member on fire for Jesus. After going through a powerful deliverance through the church, she overcame the devil and greatly fell in love with Jesus. Though she was a full-time summer student, still she committed to waking up early, spending two hours with the Lord in prayer before going to school.

Besides, she attended our corporate prayers faithfully and from then on, her spiritual eyes opened and Jesus started giving her visions. Also each time she is in our corporate prayers, the Lord would come and take her to Heaven or Hell and show her great and mighty things.

We will share some of these visions as the Lord leads. Also, revival is breaking out in our children. Children from four years are on their knees, praying in tongues from 30 minutes to two hours, shouting holy fire. On this night also, someone was healed and lost five pounds upon receiving prayer.

We are in the age of the Holy Spirit. The heavens are open. On Saturday night, God touched my heart. My mom and I came early to start cleaning the sanctuary. The service began at around six.

When I began to pray and for the first 15 minutes, I wasn’t feeling God as much as I wanted to. I asked God to give me more. I told Him I was hungering for more. And I asked Him to teach me. And yeah, He definitely did that.

I opened my eyes to get a drink of water real quick. And then when I closed my eyes again, I was shocked when I saw a huge being kneeling right in front of me. It actually scared me at first. I tried to jump back, but I couldn’t move. It was like I was held still.

Next, I tried to open my eyes. But that didn’t work at all. It was like they were glued shut. It was overwhelming. I started crying and asking God what was going on?

This angel was immense. He’s shone and sparkled as if made out of starlight. As I began to pray again, the longer I prayed, God started to show me other things.

He showed me that for everyone who is in the sanctuary, praying, there is an angel behind each and every one of them. All of these angels were really big and intense looking and were really beautiful.

I’m shaking just thinking about it. They were so big that they barely fit into the room. I’m sure they had to shrink just to fit inside.

I was so surprised that there was an angel of humor. He is full of unconditional joy, and he dances so happily. He danced so beautifully, a tambourine in one hand, and in the other he had a silk ribbon, swirling and prancing.

And the other angel next to him was guarding the corner and the door which leads out into the hallway.

Then at the entrance to the sanctuary, there are two angels who have their arms crossed over their chests. One had what seemed like an olive branch in one hand, symbolizing peace and on the other hand, a beautiful goblet which was filled with a swirling liquid symbolizing the blood of Christ.

The second angel had a tray about three inches deep, that was made out of the prettiest metal. On the tray, there was some kind of flatbread that symbolized the body of Christ.

But what made me cry was the vase that was also on the tray. The vast was shaped like a teardrop and made of amazing crystal. It was very beautiful.

God told me that this is a vase that He caught our tears. Psalm 56:8 You have counted my wanderings; You put my tears into Your bottle; Are they not in Your book?

At each corner of the building, there was an angel stationed outside of the church. There was another angel on top of the roof, which was above the other four. He seemed to be their leader. He was larger than any of the other angels and he had one hand pointing downward and one hand holding an immense golden scepter.

So there are a total of five angels on the roof, four on the bottom of the roof, and then the other in the middle above the roof.

The one who is in the middle on top would take our prayers and praises up to God. Surrounding the pastor, there were five angels.

I want to explain the positions of these angels. There were two angels standing between the congregation and the pastor. With their faces turned toward the congregation, these two angels were standing with their arms crossed over their chests and a shield in one arm and a sword in the other guarding pastor.

There are also two angels kneeling on one knee on either side of her, one on the right and one on the left

Now, let me explain something about the angels. The angels all wear billowing robes and a large sash from their right shoulder to below their left hip, and all the angels except for two have silver sashes.

The two angels that don’t have silver sashes are the angel that is in front of the pastor and the angel who is in the center of the roof.

The angel in front of the pastor has a bronze-colored sash, and the angel that is in the center of the roof has a gold sash.

Even though the sashes were silver, bronze, or gold, they all sort of twinkled and swirled with different colors. Nothing is really just one color. It all shifts and shimmers like a rainbow.

For each prayer warrior there is an angel. When we are praising God, or praying in earthly languages, the angels inside are at work collecting our prayers in their hands like orbs of light.

But when the prayer warriors pray in tongues, especially war tongues, we are helping the warrior angels outside who are in constant warfare. Our prayers are the fuel that gives the angels the strength to keep fighting and to fight powerfully. The warrior angels that are outside of the church are fighting demons and spiritual creatures of darkness.

These specific demons are made out of a fixed smoky like mist, and every time an angel slices through them, these demons would retreat, regroup and come right back to attack again.

As you are praying powerfully inside, it’s seriously constant warfare outside. That’s why we need to pray so hard. We have to be unified with these angels. These angels are out there protecting us. Your prayers are their fuel to protect you and keep you safe.

Without your prayers or with weak prayers your angel would be defeated. That was intense when God showed me that.

When we are praying throughout the service, the angels’ arms are pointed downward toward us.

They are gathering our prayers and orbs of different colored light.

At the end, when we close the service, all of the angels lifted their hands up to the heavens and released all of the prayers. The orbs of light stretched out into beams of light. The prayers went to the angel on top of the roof. He had one hand down collecting the prayers and they traveled up his arm across his chest and up to his other arm and shone out through his golden scepter up to heaven.

And when the angels raised their arms up to release our prayers they started to pray too. The sound of their prayers is indescribable. It was like thunder and waves of singing and joy and it was so striking to hear.

The most amazing part of my vision which made me cry out in awe was seeing Jesus’ feet. I never knew feet could be beautiful, let alone magnificent and glorious. On His feet, there were these stunning and exquisite sandals. Even seeing His feet took my breath away. I don’t know how I knew it was the feet of Jesus, but nothing else would be that spectacular.

I could feel Him smiling down at us. He is so happy with our prayers and praise. He knows that warfare is intense and that the sacrifice and price we pay to follow and to worship Him is overwhelming at times, but it is worth it. He is worth it. And He was very pleased with us. He is proud of His children.

The whole experience was beyond words. But the angels were breathtaking, and the feet of Christ were awe-inspiring and so humbling to see.

I know that angels and demons are in a different realm. But I didn’t realize how close they are to us.

I never knew how much contact we made and had with angelic beings.

Jesus is so merciful and loving. His creations are magnificent and complex and we even though sinful and weak, are still capable of bringing Him so much honor and joy.

Now that you have read these angelic encounters, let your prayer go to the next level. You are never alone. You are not praying to a God who is millions of miles away but to Emmanuel, God with us. Pray powerfully, never again doubt His nearness. 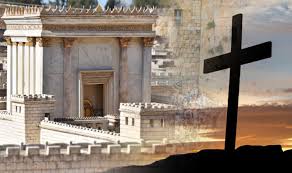