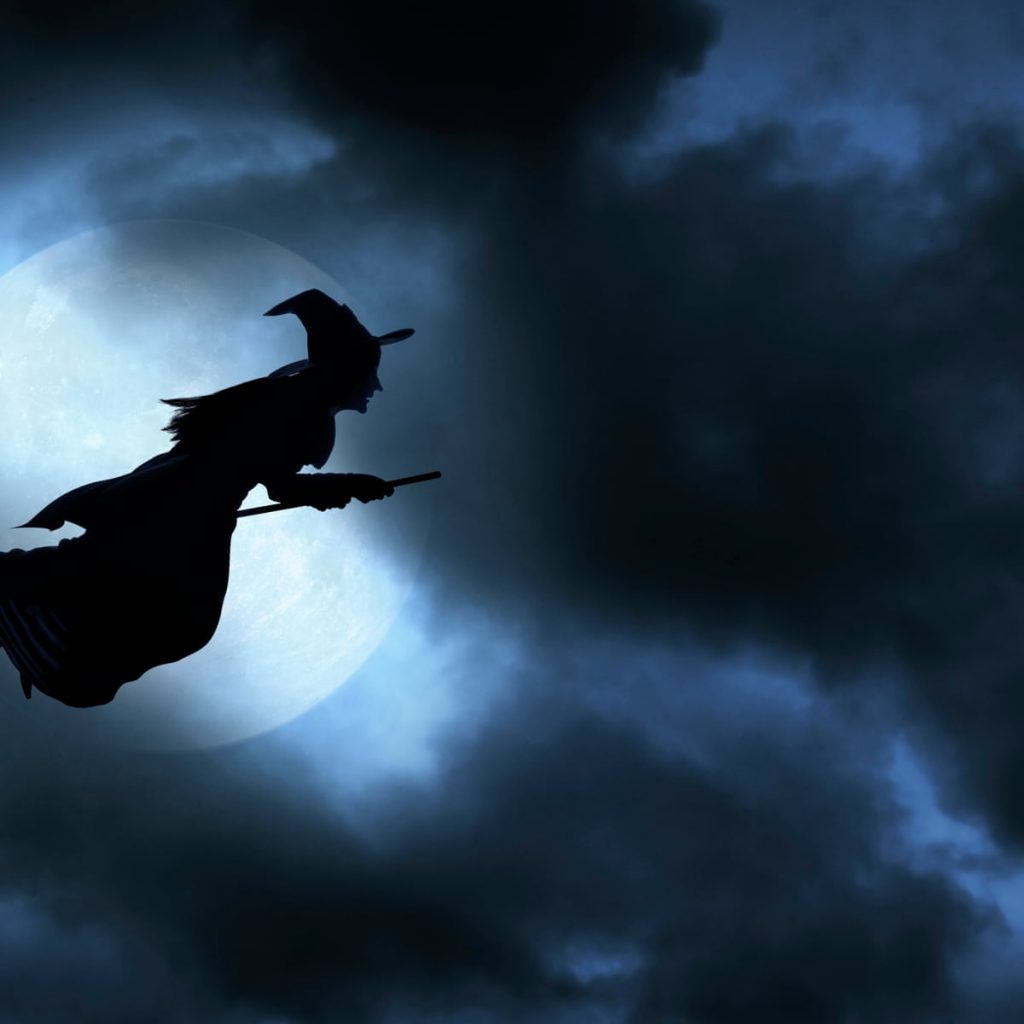 At the age of 14, Doreen lived in extreme poverty and made a clear cut with her childhood, indulging in prostitution. Shortly thereafter she started working under the name of “Darèsto ling Diana,” soon becoming a well-known stripteáse dancer. In an attempt to fill the great void in her heart, she began to abuse alcohol and drugs, thus becoming a drug addict.

Some friends introduced Doreen to the worshipers of Satan, and united with them, she soon became a priestess. The culmination of her satanic career saw Doreen crowned as queen of the black witches. For the sake of brevity, we mention only a very small part of her account of that horrible event:

With a sure-footed step I entered the high flames, calling my great master by name. Suddenly he began to materialize before my eyes: he was a great black shape. I took his hand and went with him to the center of the fire. There I stood motionless as the tall flames billowed around me.

My master disappeared only when I had completely crossed the flames and was safe. On my baggy witch dress and long hair, the fire had left no trace. Many of those present had meanwhile fainted. “Hail to you Diana, queen of black witches!” Shouted by more than a thousand witches present.

More than a thousand witches celebrated Doreen as their Queen after she had demonstrated her supernatural abilities, in front of the representatives of black magic from many nations of Europe. Today, Doreen’s life has changed dramatically. She no longer needs alcohol or drugs and is no longer a slave of Satan.

Doreen relates: “I read on a poster that Heric Hutchins was coming to Bristol. This name meant nothing to me. But when I learned that Hutchins was an evangelist, I was furious. I immediately began tearing up all the posters I saw on the walls of the houses.”

“These stupid religious, these church-goers”, and in general all Christians were a mass of hypocrites to me. I knew that the only right way was to live with Satan.

The day set for evangelization came and with it came Hutchins as well. People ran in rows to the nearby lobby. In anger, I forgot about my clients (I had devoted myself to prostitution) and walked towards the hall to tell that evangelist a couple of things and punch him in the nose.

When I arrived in the hall, however, I did not feel at ease. What did a prostitute, a drug addict, a daughter of Satan have to look for here?

The demonic forces tormented me and ordered me to leave that place. But when I was about to leave, the lights went out and a girl with a beautiful voice began to sing a Christian hymn. Hearing those words, I realized that someone really wanted to take care of me. Jesus wanted to change my life.

After the song, the evangelist said, “If you don’t know Jesus Christ, if your sins are not washed away with His blood, you are lost!” Listening to those words, I jumped to my feet saying to myself, “This man is right, I am lost.”

Meanwhile, I also heard the voice of Satan in me ordering me to go away, but this time I stayed. When Hutchins turned to those who wished to accept Jesus in their hearts, inviting them to move forward, as tears of joy ran down my face, I too made that decision. But I was still a drug addict, and my body was in ruins. To cure myself, I then went to the nearest hospital.

The doctors treated me well but they told me that after 10 years of constant drug and alcohol use, I would never recover. According to them, there wasn’t much time left to live. Despite this prognosis, I am still alive today, and doctors speak of a miracle. Now that I have peace in my heart, I announce Christ among drug addicts and prostitutes.

I warn them that when they, thinking they are joking, sit at the spirit tables or indulge in other occult practices, they allow themselves to be absorbed by evil powers, from which only Jesus Christ can free.

Doreen recounts the moment she experienced the love of Christ.

Looking back, I understand that Jesus had followed me with His tender gaze for all the years of my shameful life. He had seen me when I was walking the sidewalks as a prostitute. He had seen me in the temples of Satan and in the covenants of black magic. Even then He loved me, even in my greatest sin. Then one day He called me and welcomed me. The thought of His love for me filled me with contrition and wonder. And it still is today.

In Bethany (a Christian center) Jesus drew me to Him. He removed the bitterness from my heart. He washed all my wounds by His love. He erased the horrors from my mind and made me a new creature. Since then everything was new, it was as if I was born again in the flesh and in the spirit. The whole world looked wonderful to me and I loved everyone and everything about this great and wonderful world that God created, from the mangy old cat on the garbage heap to the wildflower of the rocks.

Everything was beautiful. Walking through the flowering fields, into the forest, my heart sang. I danced for joy for all that I saw, for all that Jesus had done for me, that He was showing me and that He would do in the future.

Before the sky seemed gray to me, now it looked as if someone had washed it with soap and water to make it more white. I looked at the world with new eyes.

One day, while I was resting in Bethany, I felt the real presence of Jesus in an even greater way. I felt it approaching me. Then I heard His voice whisper to me, “You are a pure virgin in My presence. You are My modern Mary Magdalene.” Dad Parker happened to be standing next to me and saw the expression on my face. He also felt that Jesus was very close. I hadn’t noticed Dad Parker’s closeness, I just felt the presence of the Lord and listened to His words. Dad told me later that he had never seen anything like this in his life. He told me that my appearance had been radiant. “Who is Mary Magdalene?” I asked him. With tears in his eyes, Dad read in the Bible how Jesus had chased seven unclean spirits from Mary Magdalene, who had been like me too.

I cried for a long time, thinking how much Mary must have loved Jesus. He had forgiven her a lot, He had freed her. And Jesus had said that I was His modern Mary Magdalene.

It was wonderful, sublime. I had been like her, a woman of the street, possessed by demons and Jesus had freed me.

Jesus became more precious to me every day. “A pure virgin in My presence,” Jesus had said. I was filled with joy thinking that Jesus had spoken to me, prostitute, witch, stripper. He said I was a chaste virgin in His sight. In other words, I had been purified and justified by His blood.

Jesus continued to bless me. His blessings were renewed every morning. I was filled with the Holy Ghost, prayed, loved and longed to serve the Lord. He was now the Lord of my life, the Lord of all.

I stayed in Bethany for a few months. Jesus was preparing me for the ministry He had in store for me. He always assured me that I was now His daughter, no longer a daughter and a slave of Satan; I was a daughter of God.

One night a great fire was lit and all my black clothes were burned along with cigarettes, drugs and other amulets. It was a happy occasion, a party. Satan certainly trembled, but God’s angels rejoiced with us. It was a clear and extreme proof of the work that Jesus had done within me, tearing me out of the darkness and bringing me to the full light of His love. In Jesus, I found joy, love, and peace.

(Taken from the book: From Black Magic to Christ.) 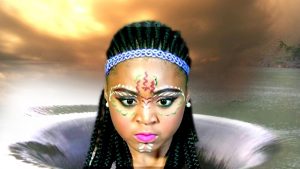