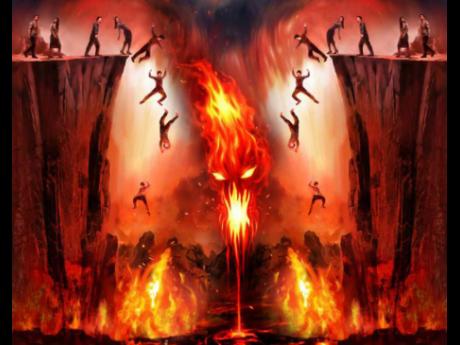 After He had arisen from the dead, He was walking down the road on the road to Emmaus and the disciples were walking with Him, and they invited Him to come for dinner.

During the breaking of the bread, they recognized Him. And after Jesus disappeared, they said, “Weren’t our hearts burning within us when He was talking to us on the road?”

And I knew the Holy Spirit was giving me a key, “This is how you’re going to recognize My voice. Your heart will burn within you. You will feel My love.”

So I began to see that whenever I was reading scripture, the sentences that would just jump out and touched my heart was Jesus talking directly to me through the word. If I was at a church service, the pastor, the words he said that touched my heart like that was Jesus talking to me. So I began to satisfy that hunger. I wanted that personal word from God every day. I would not leave my prayer time alone with Him until I heard Him speak to me personally, every day. If it was two or three hours, I would stay there until I heard Him tell talk to me.

THE CHAMBER OF DESPAIR

I started having visitations to hell and heaven. This was a place in hell that people who are tormented by demons in their minds are sent to. These demons already were tormenting these people on the earth, causing them, even some people, to commit suicide, and rather than turn to Jesus for help, they didn’t. They denied Jesus, got mad at Jesus, and the enemy was able to bring them there. These people were tortured daily.

While I was going to get to this place, walking down this tunnel, this avenue with Jesus, I could hear this loud clanging noise and it sounded like somebody with a sledgehammer banging on chains. Bang, bang, bang, like that all the time, constantly.

And so I was wondering, “What is this noise?”

So finally we get to this chamber and I see this big clock hanging over the top of the chamber. And this clock represented to the people that they were going to be there forever. And the demons would chant to the clock.

Things like that over and over and constantly. When one demon got tired of saying it, another one would pick up the chant. Continually these people were tortured like that.

And so Jesus and I stood there and watched this and Jesus talked to me about it, explained to me what was going on, and then He backed away from this chamber and as He backed away, the people that were in there recognized that Jesus was there because there’s no light in hell. It’s all darkness. The only light that was there was coming off of Jesus. And so when they recognized that there was this light that was being drawn away from them, they knew Jesus was there and they started yelling out to Him, screaming to Him to help them.

I’m standing beside Jesus, and He’s got His arm around Me, I’m close, and I could feel His broken heart for these people. His heart was so broken and He had so much pain in His heart.

He said, “Daughter, I am in more pain watching these people suffer like this needlessly.”

He said, “If they had just had accepted Me, if they had just turned from these sins and turned to Me, this would not have been their lot in life. They would never have come here.”

He said, “I died for them so they would live forever in My kingdom.”

So I would look at Jesus and through Jesus, I would see what was going on in hell.

Isa 26:3 You will keep him in perfect peace, whose mind is stayed on You; because he trusts in You.

That was really graphic and gruesome to see. Whenever the Lord brought me to hell, it was just an awful sight to see.

He said, “It’s necessary. I know you don’t want to come here, but it’s necessary for you to see this because I want My people to know all about hell, that it is a reality, that there is such a place as hell. I want you to understand the tactics of the enemy to hurt My people so that you can tell My children. So My children will be warned.”

He brought me to this room full of instruments of torture. There were braces to put around people’s heads and tighten them up. There were spikes to drive down people’s spines. There are all kinds of saws and pickaxes, different things like that, hanging all over the room. And then I saw a demon come in. Demons, more than one, come in, grab some of these things and rush out of the room.

And so then in an instant, like you snapped your finger, I was from that room down to a city street. I was overlooking a city street in the United States. And I saw these demons riding on people’s shoulders. I saw them driving spikes down people’s backs and people, the look on their faces, they were in so much pain.

And then I saw some people that had braces around their heads, and the demons were tightening them again and again, and the people’s faces were grimacing with pain. They were having terrible headaches. And the demons were laughing. This was just the greatest thrill, the more pain they were causing. Then I saw chains coming down off of people, and some had balls hanging on the chain, they were walking along, ball and chain.

And what the Lord told me was that what was happening was that the parents were cursing their children with words.

The parents saying, “You are a… Everybody in our family has cancer. You are going to have cancer too.” Or, “You never listen, you never behave, you’re never going to become anything.”

HALL OF MIRACLES IN HEAVEN

It is an enormous hall, miles and miles long, and it’s gold, gold floor with beautiful chandeliers, there are all diamonds hanging from the whole ceiling. And down this hall, there are doorways, all doorways.

And so the Lord brought me there and I said, “Can I go in and see what’s in the doorways?”

He showed me that we don’t have to wait for the revival. If we pray, if we live in intimate fellowship with Him, if we turn from our wicked ways, stop sinning, live holy lives, we can ask Him for those things, not just for ourselves, for others too. And He said, if we would do that, we would keep His angels busy day and night, bringing those treasures that are in the hall of miracles to the earth now.

THE ROOM OF GOLDEN FISHING NETS

This was down the hall of miracles. In this room that the Lord brought me into there were beautiful gold fishnets all over the room and He said, “I’m getting ready to release these fishnets to the earth and these are going to be sent to those that I found faithful.”

He tests His children and He sees who’s faithful to Him. Who is diligent, who’s responsible, who will do the right thing when nobody’s looking? Those are the ones that are faithful in the few, He’s going to send these fishnets to and they’re going to be used to bring in the end-time harvest.

He said, “You will not be drawing in material things with these fishnets. You are going to bring souls into My kingdom.”

THE ROOM FILLED WITH THE WIND OF THE SPIRIT

The most important thing for us to be doing is spending time in intimate fellowship with the Lord. That is the most important thing. That’s what He’s looking for. He told me in this end-time revival, He’s only going to use those that spend time with Him, that know Him, that will sacrifice time in their lives to get to know Him, to talk to Him, to listen to Him and to do what He tells them.

To hear His word and not obey it? That won’t get us anywhere. We have to hear His word, we have to obey it. We have to live Holy lives set apart for Him. But lives of intimate fellowship with Him. What He’s done with me with intimacy, He wants to do with everybody.

Lord Jesus, I pray that each and every one of us, Lord God, would lay down those things that we put ahead of You in our lives. That we would truly love You with all our heart, all our mind, all our strength. That there would be nothing and no one that would separate us from You, Lord God. That we would live our lives in such a way that we would put a smile on Your face continually. That You would look down upon us and see a child that loves You and that You would continually be waiting to grant every request your children ask You. I pray You give every single one the grace to know You like this, to follow You, to live for You, to fall in love with You and to be so close to You, Lord God, that they feel Your presence upon them continually. I ask this in Jesus’s name, Amen.

Everything is accessed by faith. If you take the word of God and He’s no respecter of persons, you could say, “That’s mine.”

MY LATEST REVELATION OF HELL-EXTREMELY SHOCKING!!! By Zipporah Mushala-19th February 2018
Testimony of HEAVEN & HELL & the Condition of Today’s Church – by Rodolfo Acevedo
HOW SATAN HAS CONTINUED RESISTING SHARING ABOUT BLOWING HAIR 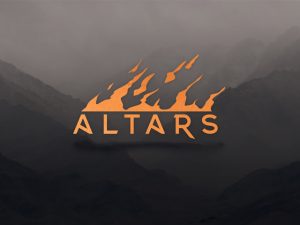 HOW TO BUILD A PERSONAL ALTAR UNTO THE LORD!
WHAT IS AN ALTAR? An altar may simply be defined…
Cresta Posts Box by CP