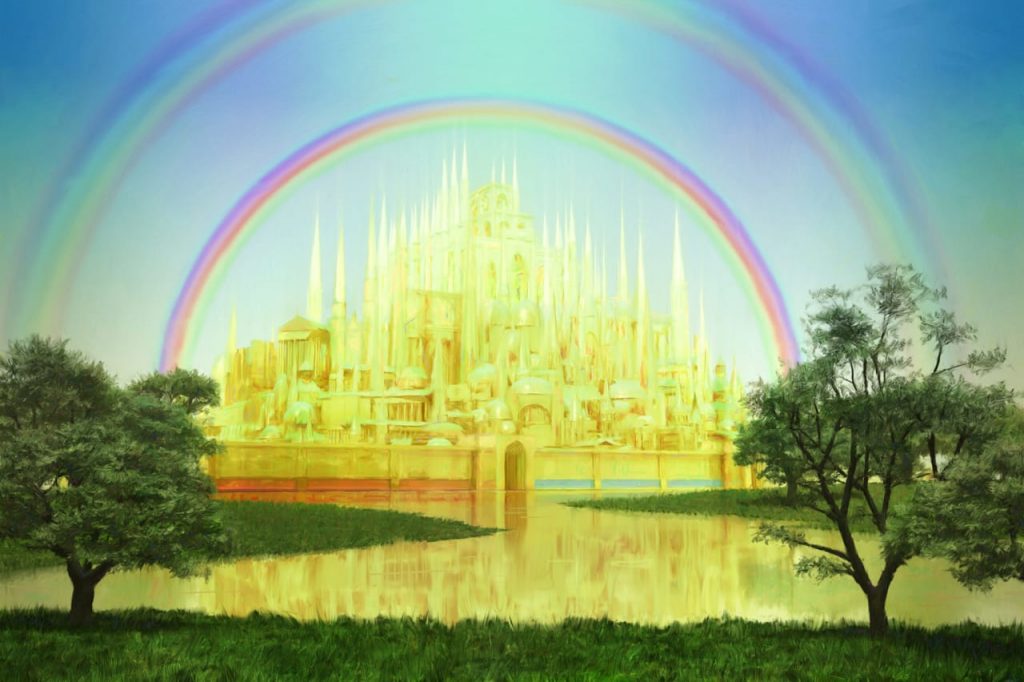 Once I was standing in heaven and near the gate of heaven. I saw the Lord seated in the heavenly throne. I saw these souls of the people coming from the world and I saw the soul of a very, very decent lady. Obviously, she believed in the righteous life and she was highly educated and she must be from a very, very illustrious family. The moment she saw heaven, she was just so happy. Her face was literally lighted up with joy and happiness. And the soul was coming to the gate with the expectation that any moment she’ll enter heaven.

Suddenly I saw some evil powers coming from another side blocking the way, “You belong to us.” Oh, that broke my heart. The Lord was watching, He never received her. Then I remembered what He said in Mark 8: 36 and 37, For what shall it profit a man, if he shall gain the whole world, and lose his own soul? Or what shall a man give in exchange for his soul?

This lady for the sake of the wealth and the fame and the standing in the society, she wanted everything except the Lord who died for her on the cross. Alas, what has she gained?

Coming back to the scene in hell, I was horrified to find as I said, millions of evil angels and they have a head for each department. They are divided into the different departments and they are well organized exactly as your office is organized.

And then there is the Witchcraft Department. So the moment they get an opportunity they rush to fulfill requests for witchcraft and whatever they are asked to do, they will gladly do. Now, what is the purpose of this evil spell? To woo as many people as possible to hell. That is their main purpose. Now they know their end is doomed.

If you read John 16:11, Matthew 25:41, Matthew 13 and in so many other places. You know that their end is sealed. So they would love to drag as many people as possible to hell.

John 16:11 Of judgment, because the prince of this world is judged.

Mat 25:41 Then shall he say also unto them on the left hand, Depart from me, ye cursed, into everlasting fire, prepared for the devil and his angels.

Mat 13:40-42 As therefore the tares are gathered and burned in the fire; so shall it be in the end of this world. The Son of man shall send forth His angels, and they shall gather out of His kingdom all things that offend, and them which do iniquity. And shall cast them into a furnace of fire: there shall be wailing and gnashing of teeth.

Once there was a woman who was brought to me for prayer. They said she is a believer, a person who is a very active member of a church they believe in. She is not a pastor but she’s one of the elders. Suddenly she began to behave in a very peculiar way. They brought her to me. So very innocently out of love and compassion, I love everybody. So I went and laid my hand and oh my God, she became a totally new person. Tilt then she was very docile, very loving. One look she gave me I trembled at her look. It was a fierce look. I cannot describe it.

READ ALSO  JESUS SHOWED ME THE CORRUPTION IN THE CHURCH, THE GLORIES OF HEAVEN AND THE TORMENTS OF HELL
Powered by Inline Related Posts

Then the friend who brought her to me is also a believer, a spiritual man and my wife was there and I was asking that demon to go. The furious stare she gave me I was horrified and I prayed for her and sent her away because I was in a hurry to go somewhere else.

The next day there was a prayer meeting. I said you bring that woman here. So I went and laid my hands. Oh, she would roll from this end to the other end and then rolled back and every time she was trying to catch my neck with both her hands.

That was a new experience for me and she was just trying to use both her hands to strangle my neck. As the hands would come very near me, another hand came in between and stopped her hand. Her hands could not touch me but I could not drive the devil away.

So that night when I finished my prayers, my practice before I go to bed, around eleven o’clock, I used to pray. Sometimes I pray on till morning five. So that night I got up and prayed on. So I got up at 2:45 and prayed on until the morning when I go to sleep and then I know my wife will shout at me to wake me up.

So that night I prayed and the Lord Jesus came. He sat by my side. He knew my question. So He looked and I saw a very beautiful young woman. She came, knelt before Jesus. She told me her story.

“I lived in such-and-such a street in such a central village and my husband is a terrible man and he wanted to marry somebody else. So when I was pregnant, I think the eighth month or so, he strangled me to death. When he was strangling me I wanted to strangle his neck just to escape. I tried my level best but then he killed me. So I didn’t know what to do and I saw this woman. She was a god-fearing woman all right but a very arrogant woman and she cannot control her tongue. So I said, This is the right person. I caught hold of her and so that’s why it is my habit to strangle the necks of others because I tried my level best to strangle the neck of my husband.”

She bowed her head and went. That’s the end of the story of the woman’s dilemma.

So another friend of mine took me to another house where the man doesn’t believe in God or something but his wife is a good lady and she was having lots of trouble, a lot of sicknesses and so on. So anyway I went and prayed. This man was very unhappy that we went to pray for her and that lady began to speak. She said, “Sir, I am in this house for 18 years.” House means her body. “I’m in this house for 18 years, where shall I go?” So I looked at this man he was so arrogant and I looked at this lady and they were begging me so much not to drive the spirit out. They were moved with compassion for the spirit to stay. I said goodbye and I moved on.

THE TESTIMONY OF ELISABETH WIDYAWATI HERMAN :40 DAYS WITH JESUS IN HEAVEN AND HELL
DGS DHINAKARAN 6 HEAVEN VISITATIONS 6
THE RAPTURED CHRISTIAN AND THE LEFT BEHIND CHRISTIAN By Sister Toun Praise Olujuwon 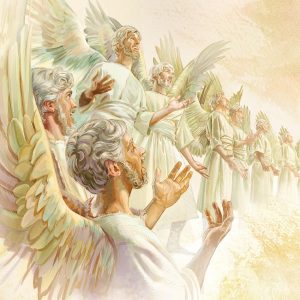