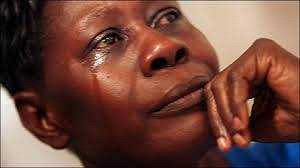 It’s so wonderful and glorious to becomes genuinely born again; though you may gives-up some certain things in life and sacrifice much for the sake of an eternal treasure in heaven. hence, it all worth it because been in Christ and doing his perfectly will is very sweat and glorious. It’s gives joy and happiness knowing fully well that you are at peace with your Lord ; the owner of your soul and also getting your name written in the book of life.

Confession Of My Wrong Marriage And Restitution
After marring to a certain man, my first husband. I have four children with him. While in this marriage, i was the second wife of my husband and i never knew it was not the perfect will of God.  I never knew that been a second wife is a terrible sin against the Lord; inasmuch the first wife of the man is still alive. Some years later, someone invited me to The Lords Chosen Church. When i came and heard the undiluted words of God from the anointed man of God. I was touched, and made up my mind to serve God and to make the all necessary restitution.I really gives God all the glory for my life. Whom gives me such a great courage and boldness to restitute. After i pull out from the wrong marriage, i kept coming to church and still hoping unto God to do his wonder and to perfect his good will in my life. No long, a certain brother in the church, submitted my name to the marriage committee and we later got married and wedded.

At that moment; i was fully rooted in the teaching of the man of God. I also realize that dressing half naked, wearing of  women trousers, makes-up, hair attachments or wigs, neck-lace, ear-ring,, adoring of ornaments and jewelries are highly abominable unto God. I immediately i disposed and burneth them; as a result many of my colleagues started calling me woman of favor due to the glory adornment of the Lord shun upon my life.

Even without makes-up, attachment, wig-on and earring and i was also maintaining complete holiness,truth and righteousness. As God will have it, my husband got me a job in a banking sector as a cleaner. One certain day while in my duty post doing my work in the bank, the bank manager walked up to me and inquired why i was not dressing according to the banking dressing code.

He asked me, why are you not putting attachment, makes-up and earrings. I retorted and said, I AM A CHOSEN and i can”t compromised my christian faith. The bank manager told me to reconsider my dressing attitude or else my appointment with the bank will be terminated. I quickly responded and say, “Sir before you terminate my appointment am quitting at this very moment because as a chosen i cannot compromise my christian standard and faith”

I came home and kept believing upon God of Chosen to do his will. I kept coming to the church services, building up my faith daily, reading and meditating the word of God. Most of the time, i will be in the church, praying and depending upon God for another miraculous job. One certain day, my husband ask me, why not venture back into your former business?

Actually, while in my first wrong marriage relationship, i was into road side business. I used to sell road side food canteen. So when my husband inform me about this, i welcome the idea and quickly presented it to God of Chosen to take over. However, not quit long, i found a space in road side and i immediately commenced my road side food canteen business.

One certain day, a car broke down in front of my shady. Actual i used a bamboo-thatch and some other local stuff for a covering as a roof and also for the construction of canteen structure. It look local but, was still believing unto God to perfect his wonders. When the car broke down, i behold the owner of the car; a man making a phone call. I think perhaps he was calling his mechanic to come and repair the car. Suddenly he wheel-down his wide screen, sighting at the sign board in front of my canteen which i wrote “FOOD IS READY”.

He came down and inquired of me if my food is ready. After he ate the food, i was much surprise when he asked me , “MADAM, ARE YOU THE ONE THAT COOKED THIS FOOD?” I said “YES SIR, I WAS THE ONE” He said , he really wish that i should be their cooker in the office. That he work with one of the oil company in the country. He is the manager in the department of human resource, that he needs my service in their department. Moreover, their department has 3 office whose comprises about 200 workers per each office.He also said that my basic salary is worth of 5 millions Naira per month excluding allowance and other benefits. Actually when i heard this, i thought it was a joke. I didn’t believed him, not until he gave me his card. I was short of word and dumb-folded. He asked me to report to the office for immediate service. I went over to the office and commenced my cooking. As God will have it, few months later, the same man came and start apologizing to me.
READ ALSO  34 Laws of Courtship Part 2
Powered by Inline Related Posts

He said , they had been cheating me all this while. That my basic salary is 15 million Naira instead of the initially 5 million Naira. He made me to understand that the worth of serving each office is 5 million Naira while the service of the 3 offices worth is 15 millions Naira. I was given an official car, office and they made me a chief head cooker of the department. I also employed some workers who are working for me. My dear brethren, Its only God who can do this, all because of obedient and serving him according to his perfect will.

However, One day, i went to the same bank that i worked previously. I asked the bank manager how much his salary for the month worth. He told me and i inform him that i will double his salary. I told him to come and be my accountant, that i needs someone whom should take proper records of my money. This kinds of miracle only happen through the finger of God and only when you obey him; because if your serve God definitely he will surely service you. No man has ever done the perfect will of God and goes empty handed. 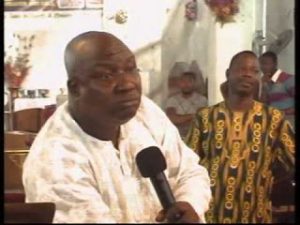